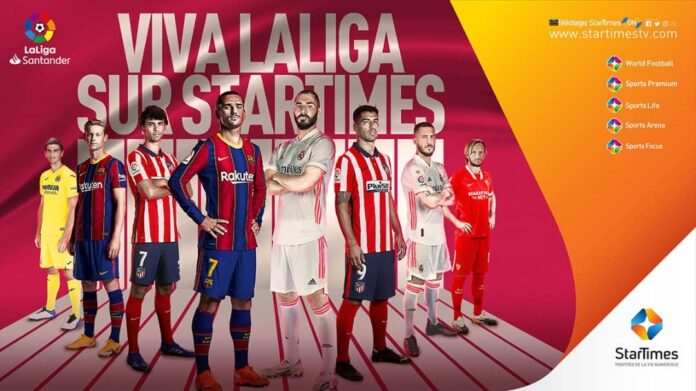 For La Liga fans it can hardly get any better: 20 matches in the space of six days, starting on Tuesday.

Real Madrid go into the double-matchday as table toppers – but only just – after having to once again come from behind in their last match at Valencia on Sunday.

Carlo Ancelotti’s team looked unlikely to escape the Mestalla with maximum points and had to wait until late in the game before top scorers.

Benzema first provided the assist for Vinicius Junior and then two minutes later scored after being set up by the Brazilian. The 2-1 win took Los Blancos to 13 points – two more than their city rivals Atlético Madrid.

Real are at home to newly-promoted Mallorca on Wednesday before welcoming Villarreal to the Santiago Bernabéu on Sunday.

Against Valencia, Real’s defensive woes continued as they conceded their seventh goal in just five matches, but upfront, Vinicius Junior and Benzema did what was expected from them: Scoring (their fifth and sixth goal respectively).

The 11 goals the two Real stars have scored in the season so far are nine more than the entire Villarreal team has managed. Surprisingly though El Submarino Amarillo remain undefeated with four draws from four games ahead of Sunday’s standout match.

The only Villarreal players to score so far, are Manu Trigoeros and Arnaut Danjumago who helped their team to a 2-2 draw at Atlético Madrid. One of the players still awaiting his first goal is Senegalese international Boulaye Dia, who joined the La Liga side from Stade Reims at the start of the season.

He scored 14 goals in Ligue 1 last season and was brought to Villarreal to put some pressure on former Barcelona striker Paco Alcácer, who helped coach Unai Emery win the 2021 Europa League with Villarreal in this first season in charge, but did not score enough goals for Emery’s liking.

Dia though still has to get used to the different style that Emery plays, compared to Stade Reims, but most Villarreal fans are confident that it is simply a matter of time before the French-born striker gets his name onto the score chart.

Ghanaian football fans will be able to watch live and exclusively whether the 24-year-old gets his first in the La Liga against Real Madrid, as the game is being broadcast on the StarTimes channels.

Africa’s leading digital-TV operator will be showing all the best La Liga action throughout the season – so make sure you don’t miss out!