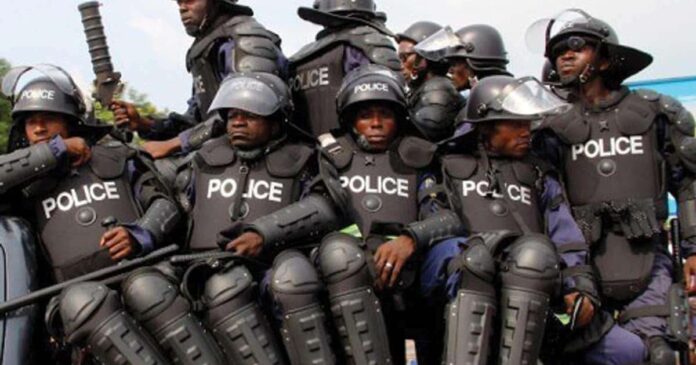 Two police stations have been commissioned in the Nkoranza North District of the Bono East region with a call on police personnel to remain impartial, truthful, and highly professional.

The call was made by the Director in charge of Technical Affairs at the Ghana Police Service, Mr. Samuel Monney.

According to him, the police must ensure there’s total coordination between them and the citizens as a collective responsibility for sustained peace and economic growth.

Mr. Samuel Monney gave the advice at separate commissioning of police stations and police quarters, each at Dromankesse and Kranka, all cities within the Nkoranza North District of the Bono East Region.

Impressed by the timely completion of the projects, Hon. Kofi Amoakohene, the Regional Minister said, the presence of the Police in the community would help reduce the crime rate and to facilitate peace and socio-economic development.

He applauded Major Retired Derek Oduro, the Member of Parliament (MP) for Nkoranza North, who funded the projects for his hardworking and dedication, and cohesion with the Municipal Assembly to put up such edifices for the police service to ensure lives are protected.

The deputy minister of defence called for strong community partnership with the Police for effective policing and urged individuals and organizations to assist in building a cordial relationship with the police officers.

DCOP Mr. Asumadu Okyere-Darko, Bono East Regional Commander underlined the importance of the facility and asked for a synergistic relationship between the people and the police service personnel.

Nana Obirimpon Danso the 2nd said the facility was one of the four thematic areas he dreamt on the assumption of office to improve security in the sprawling community.

Hon. Oduro highlighted some of his achievements in the area to include the construction of children’s hospital, roads, street lights, chip compounds, Nurses and Teachers quarters, Maternity homes, Bole hole water projects, Toilet facilities throughout the district and promised to help create more jobs through the private sector once his government (NPP) remains in government having lost the 2020 parliamentary elections.

Municipal Chief Executive, Gifty Akorsah, lauded the initiative as a testimony of the strong bond between individuals, the communities, and the Assembly.

Nana Obirimpon Danso, Omanhene of Dromankesse rallied the collective efforts of all to sustain national peace and harmony adding that “maintaining national peace was a collective responsibility that must not be trivialized.”