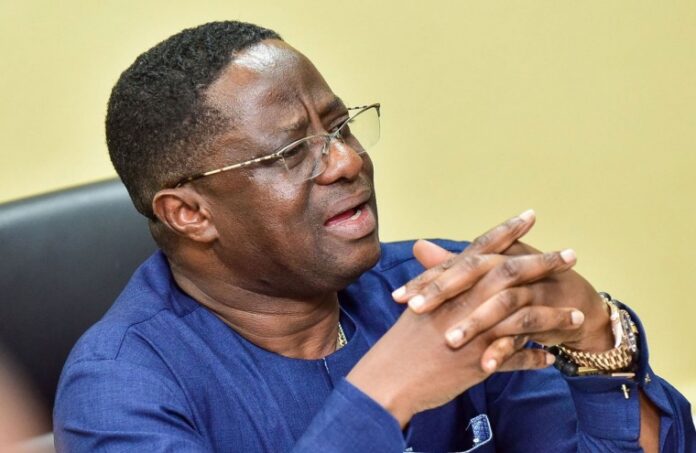 The Supreme Court of Ghana has quashed an interim injunction granted by the Ho High Court to some applicants, who sought to stop the gazetting of the Hohoe parliamentary results of the recently-held general elections, as well as the swearing-in of the Member of Parliament-elect for the constituency, Mr. John-Peter Amewu.

By a unanimous decision, the five-member panel of the highest court of the land, presided over by Justice Yaw Appau with colleagues Samuel Marful-Sau, Gertrude Torkunor, Amadu Tanko and Clemence Hornyenuga, said on Tuesday, 5 January 2020 that the submissions of the applicants at the High Court and at the apex court, Supreme Court suggest that they were seeking to enforce their fundamental human rights to exercise their franchise in the elections organised by the Electoral Commission.

The court, thus, said there was no justifiable reason to stop the gazetting of the results of Hohoe or the swearing-in of Mr Amewu.

It, therefore, urged the interested parties, represented by Mr Tsatsu Tsikata, to direct their action at the election management body rather than Mr Amewu, adding that the Ho High Court judge who granted the interim injunction erred.

The AG filed the motion on notice at the Supreme Court to overturn the interim injunction granted by the Ho High Court, presided over by Justice George Buadi, which followed an ex parte application by eligible voters in the newly-created Guan district.

The applicants had prayed the court to restrain Mr Amewu from presenting himself to be sworn in as MP for the area or from holding himself out as such.

The eligible voters, who are resident in the newly-created districts which include Santrokofi, Akpafu, Likpe, and Lolobi, were not allowed to vote in the December 7 parliamentary elections.

As a result of the creation of the Oti Region and the subsequent creation of the Guan District which includes Santrokofi, Akpafu, Lolobi and Likpe (SALL), the Electoral Commission of Ghana gave a directive that the people of SALL should not vote in the parliamentary election in the Hohoe Constituency on December 7.”

Meanwhile, the EC has revealed that it will begin the process of creating a new constituency in the Guan District when Parliament commences in 2021.