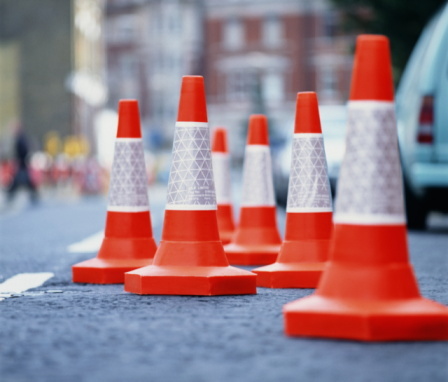 …As people unnecessarily block roads in the Metropolis for parties, funerals and selling drinks

According to section 181 of the Local Governance Act, 2016 (Act 936), “A person or group of persons shall not block or erect a canopy on any road in the Accra Metropolis for any funeral or social gathering without a permit from the authorized officer of the Assembly after an assessment by the Department of Metro Roads and payment of the approved fee for such purpose as shall be determined by the resolution of the Assembly from time to time.”

The question one is tempted to ask now is, if AMA has such bye-law in place, how come roadblocks are rampant in the metropolis, especially during weekends and occasions, leaving road users to their fate as they struggle to navigate to their homes or other locations?

Does it mean that it is the AMA that has been giving such people the permit to block roads and carry out their activities without taking into consideration, the discomfort posed for road users?.

It is becoming clearer that, the Accra Metropolitan Assembly (AMA) has either forgotten that it has such a by-law or is deliberately closing its eyes to these happenings for whatever reasons best known to them. Or, are they no more in charge of enforcing the by-laws?

Due to the lack of proactiveness on the part of the AMA as far as their bye-laws are concerned, it has now become the habit of some communities in Accra, especially Bukom, Chokor, Shiabu, among others, to mount roadblocks at any time or location for personal events or commercial activities without considering the ordeal road users would be going through at that moment.

ALSO READ  Dr. Bawumia is still 100% right; The poor and vulnerable are exempted from the payment of 1.75% E-Levy—Razak Kojo Opoku

The most annoying part of it is that some residents just get up and block the only access roads leading to people’s homes because of their parties, funerals, and businesses without prior notice to the affected people, leaving them stranded and highly inconvenienced.

The earlier the AMA woke up from their sleep and enforced their own bye-laws, the better it would be for them before things get out of hand.

There have been instances where affected residents have had exchanges with those flouting these laws, as they fail to show their permit or justify the roadblocks.

The AMA cannot renege on this crucial responsibility, considering the powers conferred on it by law to ensure sanity and orderliness in the metropolis.

A stitch in time saves nine, they say.

Don’t Judge Dr. Bawumia out of Ignorance and Mischief; He is still the Solid Brand to Break the 8 for NPP—Razak Kojo Opoku