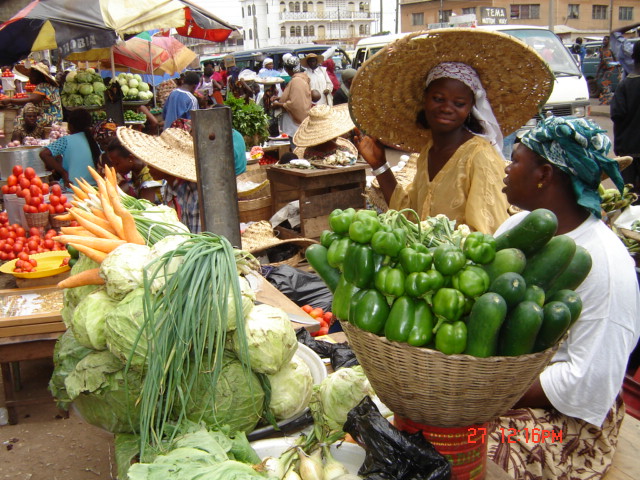 Mr. Asante mentioned that good food systems across the continent will empower farmers and foresters to move away from the exploitation of natural resources to sustainable management for long-term productivity.

“Farmers have most often been regarded as producers of one species or another. It is important to note that such views disregard the role of farmers as managers of the environment and species towards the achievement of genetic capacity for the species under cultivation.

Farmers are not just producers of agriculture commodities but rather managers of our agriculture value chain” he said.

The Forester made these observations during a presentation he delivered via webinar on food systems under the theme: “Maintaining Functionalities by Building Resilience to Vulnerabilities”

The Africa Food Systems Dialogue is hosted by HIRED Consult under Mr. John Aggrey with support from Madam Esther Wanza, UNMGCY Regional Youth Focus Point for Africa, with the support of UNFSS.

He indicated that the farmer’s activities also help to strengthen the economic, social, and environmental concerns associated with agriculture intensification.

“The need for policy coherence, harmonization and coordination is critical to ensuring functional food systems” he indicated

The Executive Director mentioned that our continent is facing a looming food crisis, in addition to the health and economic crisis.

The current state of African agri-food systems is the root of the disruptions to food security during the COVID-19 pandemic, leaving farmers, traders, consumers, and their governments highly vulnerable to disruptions.

Weak food systems have left millions of Africans hungry, affecting their productive capacity and the continent’s ability to industrialize, which further weakens food systems in a vicious downward spiral,” he explained.

According to him for a functional food system to be achieved in annuals and perennials crops, governments and duty-bearers must introduce a coherent policy framework that gives priority to land banking and commodity-specific value chains.

“We need to strengthen our farmer cooperatives for commodities of comparative and competitive advantage, Strengthen domestic research institutions for varietal selection and climate-informed breeding, Support for and standardization of Good Agriculture Practices (GAPs) and lastly enforce Green-Certification Systems empowered by strong markets and price control mechanizes” he added.

“Reducing poverty and ending hunger depends on good agriculture practices, good roads to farms, and access to all year round water for farmers in rural areas, where most of the world’s poor and undernourished lives are very necessary.

Consumer awareness of the connection between diet and health is quickly catching up with the general public and the demand for information on functional foods is gradually scaling up.

Africa governments need to invest more in science, technology, food laws and research us a means of dealing with functional food systems in our region” he pointed out.

ALSO READ  January 28 is Data Privacy Day
AMA GHANA is not responsible for the reportage or opinions of contributors published on the website.