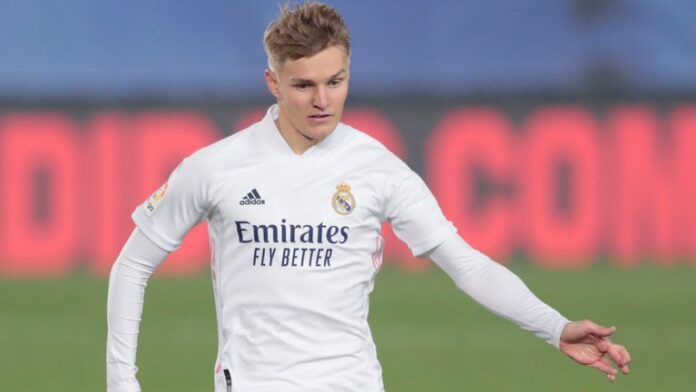 Arsenal are closing on a deal for Real Madrid midfielder Martin Odegaard.

The Sun says the negotiations are closing in on a £2million loan deal for Odegaard after signing Brighton keeper Mat Ryan as a back-up to Bernd Leno.

Negotiations over a six-month deal for Norwegian international Odegaard are continuing.

The 22-year-old attacking midfielder has been lined up by Mikel Arteta to provide Arsenal competition for Emile Smith Rowe following Mesut Ozil’s move to Fenerbahce.

Odegaard became the youngest international player in his country’s history when he was first capped at just 15-years-old and a year later was signed by Real from Stromsgodset for around £5million.

But he has never been able to establish himself at the Bernabeu following loan spells at Heerenveen, Vitesse and Real Sociedad.

Now he has told Zidane that he wants to go out again this month to gain regular first team football.

ALSO READ  Pillow Fighting is the new rewarding Sport in the USA and Canada
AMA GHANA is not responsible for the reportage or opinions of contributors published on the website.