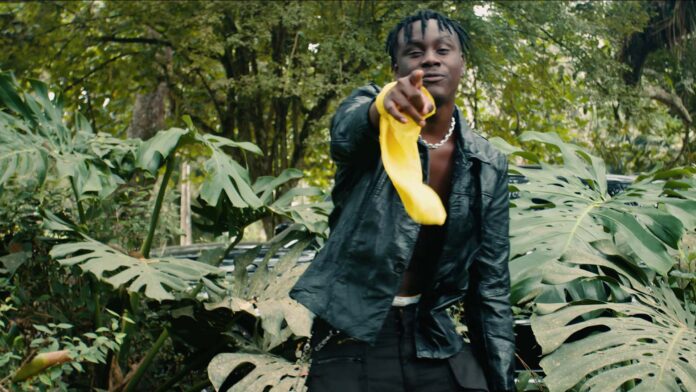 Ghanaian afrobeats and dancehall artiste, Larruso is officially out with the visuals for his mid-tempo dancehall song titled “Ego”

With excerpts from the official video, the young dancehall star choreographs his song “Ego” as he takes an advice about his journey as a musician from an elderly person believed to be a person of the Rastafari faith. Through the wilds of Aburi Garden, the 19-year old dancehall artiste presents the audiovisual for “Ego”, directed by Abeiku Simonson for Jadon Shatta Entertainment.

Watch the official video for “Ego” below;

ALSO READ  Film Village: I’m highly disappointed in MPs in Ashanti Region---Ace Broadcast Journalist laments
AMA GHANA is not responsible for the reportage or opinions of contributors published on the website.