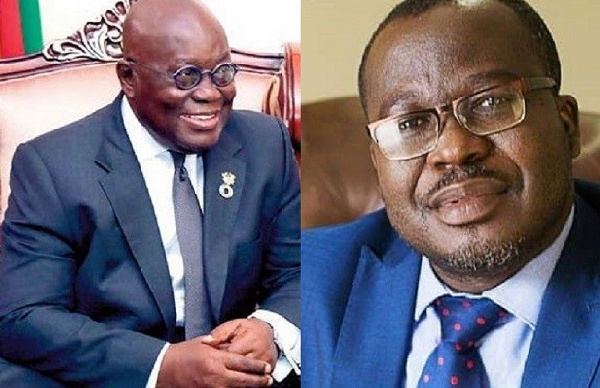 We the youth of Bibiani Anhwiaso Bekwai (BAB) wish to implore on H.E Nana Akuffo Addo to consider Hon. Alfred Obeng Boateng, the elected NPP MP for Bibiani – Anhwiaso – Bekwai district for an appointment into his new government in his second term.

Many may not know how he contributed to the success of the party in the constituency and the country as a whole in the just ended parliamentary and presidential elections (2020).

From records, he has won the highest total number of votes for himself than any other MP and for the party and a whole lot of things contributed to that victory. Why would the constituent just root for him for the first time he expressed interest to contest as an MP for the party?

Among the things he contributed in his own capacity and on behalf of the party are; donation of a generator to the Bibiani municipal government hospital to resolve intermittent power supply to the hospital, he purchased three Nissan pick-ups, each for Bibiani, Bekwai, and Wiawso divisional police units. He has also played key roles in youth empowerment and training programs and has engaged most of the youth especially in mining operation and construction (driving, operation, spotting, rigging, drilling, masonry, tiling, painting, etc.). He has offered scholarships to a number of both needy and brilliant students and continues to offer numerous assistance to the people of the area.

In fact, many are those who work to survive through Hon. Alfred Obeng and this has actually projected the party’s image in the municipality and the eventual beneficiary we will say is the party and the evidence of that was the outcome of the just-ended election (election 2020).

In attesting to his effort in the area, we will just say he has performed more than the people expected from him and all these were just an endeavor to see the party fly in colors. These are the few among his numerous contributions that we wish to highlight but the Hon. Alfred has done a lot of philanthropic works that contributed to the party’s massive victory in the area at that scale.

We, therefore, expect and implore on the party and H. E Nana Addo-Dankwa Akufo-Addo to recognize him for the good work worthy of emulation with an appointment of a sort.