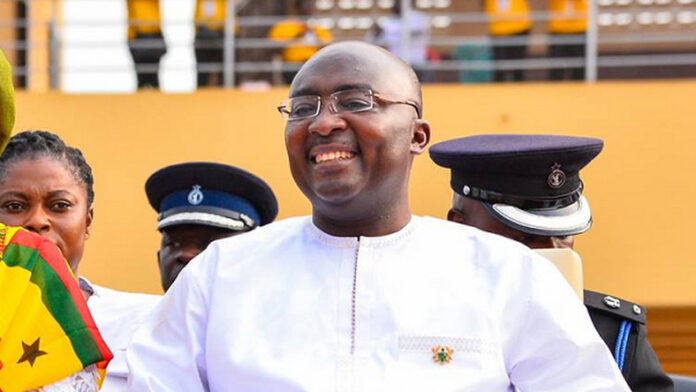 The United States branch of the New Patriotic Party says it has no connection to or knowledge of what it describes as a piece of malicious propaganda intended to wound the vice-president, Dr. Mahamudu Bawumia.

Last Friday (22 January), an article titled “Back off, it is not your turn; allow Alan to lead us in 2024” began making the rounds of Ghana-interest news sites and portals which are popular in North America. The author was a Dennis Owusu Afriyie.

The piece by Owusu Afriyie, who claimed to be an executive member of the Cincinnati chapter of NPP-USA and to represent the views of the chapter, rubbished the vice-president, making highly inflammatory allegations about his record in office over the past four years.

The chair of NPP-USA, Obaa Yaa Frimpong, issued a strongly worded statement on 24 January damning the article. She described it as “fabricated … full of lies, malice and inaccuracies” and insisted that the piece in no way “reflect[ing] the views of the branch or the Cincinnati chapter”.

Ms Frimpong further described Owusu Afriyie as “not a fully registered member of the branch”.

Read the NPP-USA statement in full below:

The NPP-USA branch and its Cincinnati chapter have learned with utmost dismay of the above titled article, attributed to the Cincinnati chapter and written by one Dennis Owusu Afriyie. The malicious article was published on several online news portals, including SN 24 News, myghanamedia.com, soireenews.com and on Facebook on Friday 22 January 2021.

In the said article, Owusu Afriyie fraudulently claims to be a leader of our Cincinnati chapter and makes erroneous and disparaging comments about His Excellency Dr Alhaji Mahamudu Bawumia as though they were the views of the branch.

To begin with, Dennis Owusu Afriyie is not one of the leaders of the Cincinnati chapter of NPP-USA. He does not hold any position at the chapter or branch executive level.

According to chapter records, Owusu Afriyie joined the Cincinnati chapter in June 2020, but has not once attended any chapter meeting since he expressed an interest. We also state on authority that he is not a fully registered member of the branch at present.

As such, we find it highly inappropriate – indeed, unimaginable – that he should come out with such a fabricated article, one full of lies, malice and inaccuracies which do not reflect the views of the branch or the Cincinnati chapter.

Speaks for none of us

NPP-USA and the Cincinnati chapter vehemently disassociate ourselves from the publication and its contents. We strongly entreat all well-meaning NPP patriots and Ghanaians to treat the article with the contempt it deserves.

NPP-USA understands the times we are in as a party and government, and would therefore not sanction or endorse any act of disunity, divisiveness and distraction. What we support is unity and focus to deliver on the mandate given to us by the good people of Ghana. NPP-USA would be the last entity to start such a divisive publication that does not promote unity within our ranks.

NPP-USA encourages free speech among its members. What we abhor, however, is using the name of the branch, the chapters or a position that an individual holds within the branch to perpetrate acts of indiscipline. We equally disapprove of people associating their personal views and opinions with the branch or any of its chapters.

We have channels of communication within the branch, and all chapters, including the Cincinnati chapter, are not exempt from complying.

We implore all peace-loving and well-meaning NPP-USA members to adhere to and abide by the channels of communication and laid-down standards within the branch and chapters so that they do not bring the name of the branch or any chapter into disrepute. The branch will not renege on its rights to implement punitive measures when this becomes necessary.