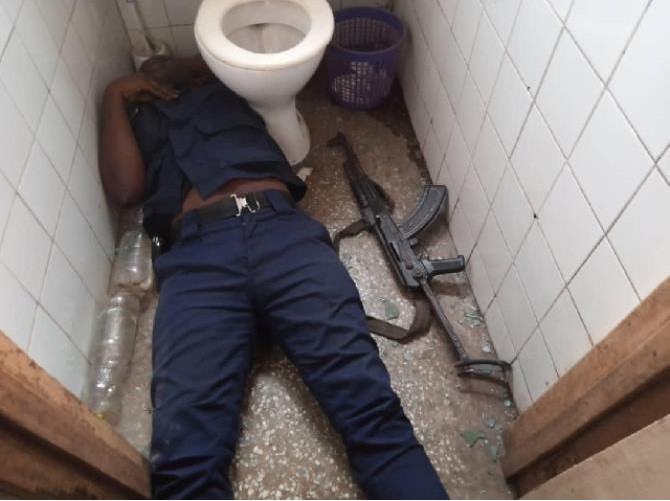 G/Const. Yelnona Eugene, who was stationed at the National Protection Unit (NPU), has been found dead in a washroom at his duty post in an apparent suicide.

Sources say he had been unwell for some time now and, so, went on leave for treatment.

He resumed work on Friday, 29 January 2021 and applied for an extension of his leave so he could complete his therapy and treatment, since he was still not well, but was not granted that request.

Mr Yelnona Eugene, who was put on residential guard duty at the Ridge residence of Togolese opposition leader Sylvio Olympio in Accra, is alleged to have shot himself in the washroom on Monday dawn.

The officer committed suicide by shooting himself at his bungalow in Half Assini in the early hours of Saturday, 30 January 2021

A suicide note found by his body, read: “I am fed up in this world”.

The late SP Zenge was posted to Jomoro Municipality as the Municipal Commander in early 2017.

He was from Nandom in the Upper West Region and died at the age of 57.

The Jomoro Municipality was his first place to work as a District Commander.

ALSO READ  Fan Milk’s NutriDay Yoghurt with Zinc unveiled to boost immune system
AMA GHANA is not responsible for the reportage or opinions of contributors published on the website.