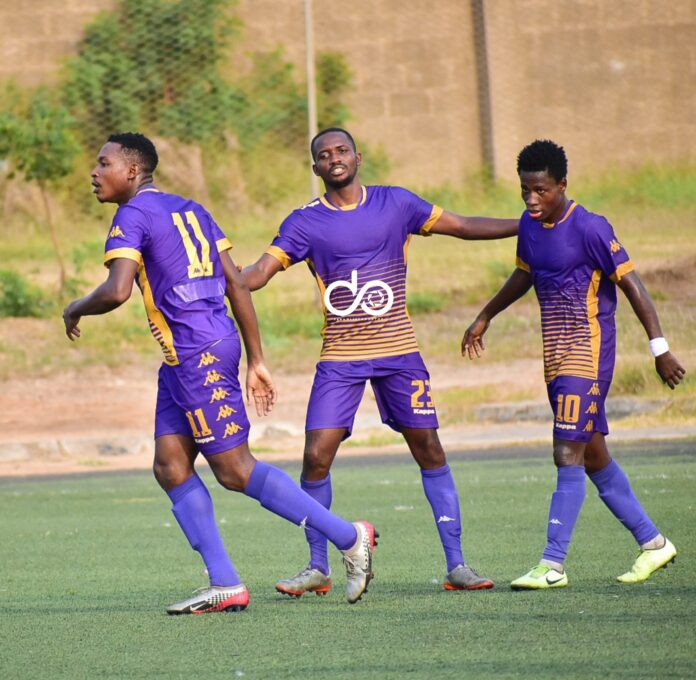 Heart of Lions were left disappointed on Sunday after falling 2-0 to Tema Youth in the National Division One League.

The keenly contested Zone Three game between the two former Premier League campaigners took place at the Tema park. The Kpando lads came into the game with high hopes following their flying start to the season. Lions opened the season with three victories on the bounce and went into Sunday’s game against the Habour Warriors as favourites.

Tema Youth dropped points against Okyeman Planners on match day two and were trailing their opponents by two points, as they went into the tie but were poised to carry all the points at home.

After a scoreless first half, Stephen Appiah Asare opened the scoring in the 68th minute. Lions changed their play with some dilatable long balls into the Tema Youth half, as they continued to push for the equalizer.

With ten minutes of play remaining, Gordon Akaminko scored in the 80th minute to put the game beyond the reach of Heart of Lions.

The win has lifted them to third place in the Zone Three standings with 10 points.

Check out the other Zone Three results:

ALSO READ  Ghana Beach Soccer FA Cup produces shocks, surprises and more excitement
AMA GHANA is not responsible for the reportage or opinions of contributors published on the website.