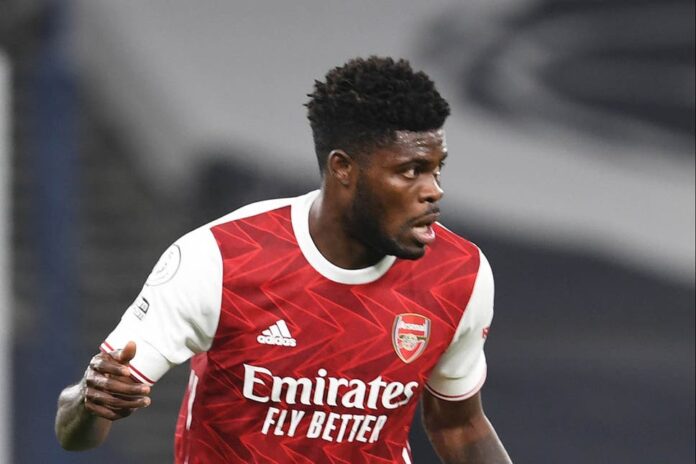 Manchester United legend, Roy Keane has praised Ghana and Arsenal midfielder Thomas Partey following his output against the Red Devils, backing him to succeed at the club.

The 27-year-old bossed the midfield on Saturday in their home game which ended goalless.

After the game, Keane lauded the midfielder backing him to be a success at Arsenal.

“He is outstanding, but he came in late in the season, I think it was the last day, transfer deadline day. He never got quite up to speed, so it wasn’t a surprise that he got injured,” he said on Sky Sports.

“He is going to be a big player for Arsenal over the next few years. His track record, he’s used to playing in big games, we know the important role in the middle of the park for Arsenal, they’ve lacked the physical presence.

“I’ve got no doubt that if he stays fit and obviously gets up to speed – which we will probably see more of next season – then he will be a big player for Arsenal,” he added.

Partey joined Arsenal from Atletico Madrid on summer transfer deadline day and did not have a pre-season with the Gunners.

There have been injury problems, and the Arsenal fans have yet to see the best of the Ghana international defensive midfielder.

Partey imposes himself in the middle of the park, makes timely tackles and challenges, and also drives the team forward.

ALSO READ  Asiedu Nketia's impugn antics a seemingly platitude; He should apologize at once to the National House Of Chiefs---CENAB
AMA GHANA is not responsible for the reportage or opinions of contributors published on the website.