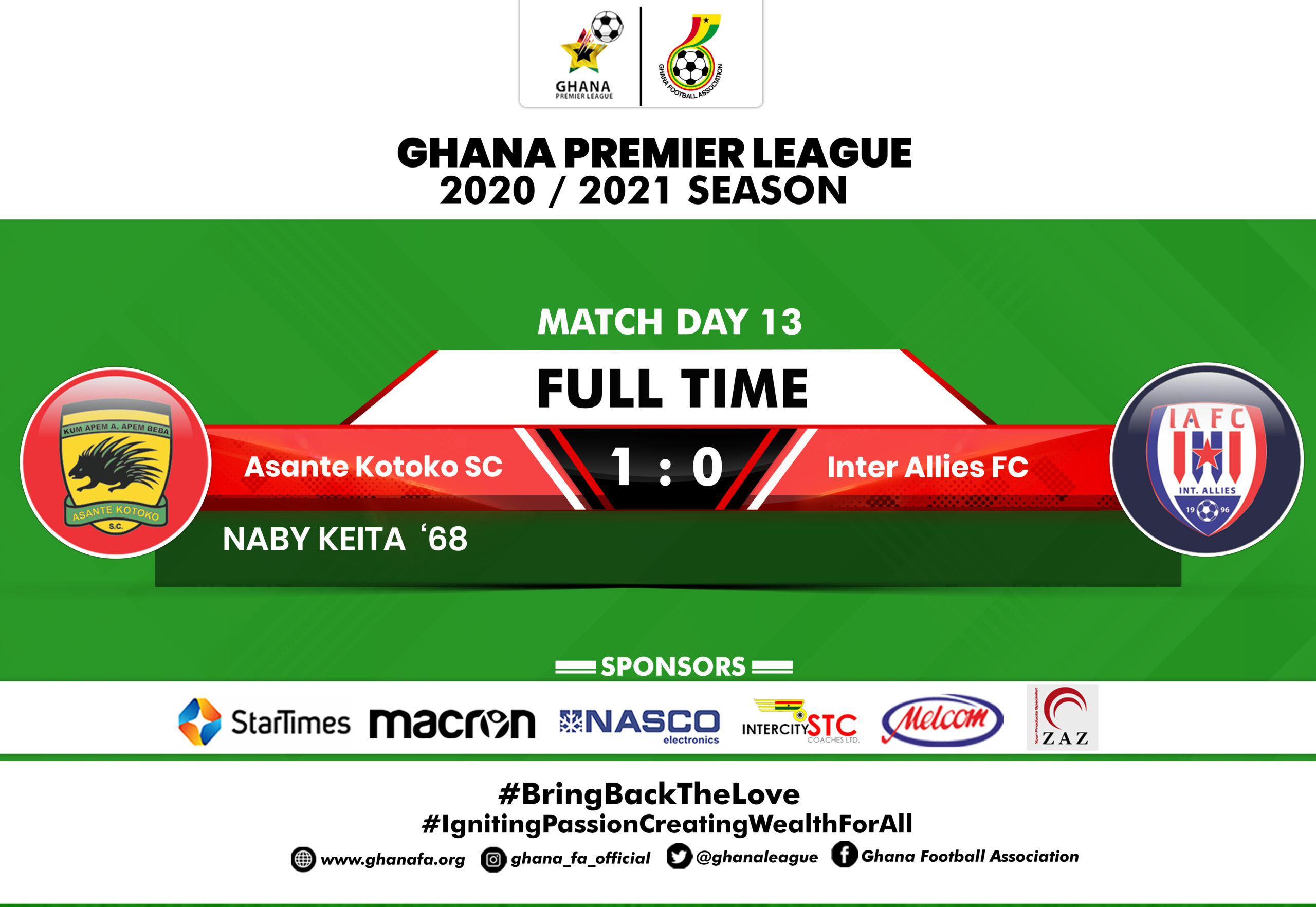 Naby Keita scored a second-half penalty as Asante Kotoko earned a hard-fought win against Inter Allies in a matchday 12 clash at the Accra sports stadium on Wednesday.

Keita’s strike partner Kwame Opoku was fouled in the box by Inter Allies defender Issah Ali and converted the penalty in the 68th minute of the game to give Kotoko the lead after a determined performance in the first half.

Despite dominating play in the first half of the game, Asante Kotoko failed to trouble Inter Allies goalkeeper Gideon Ahenkorah until Issah Ali’s reckless tackle on Kwame Opoku in the box to earn them a penalty.

Keita stepped up and confidently put away the penalty to clinch victory for the Porcupine Warriors – a fifth win in 12 games.

Asante Kotoko are now third in the League standings with 20 points, one behind Great Olympics and leaders Karela United who play Legon Cities on Thursday.

ALSO READ  Edwin Gyasi's quality ensures Petach-Tikva 3-0 thrashing in Israeli League
AMA GHANA is not responsible for the reportage or opinions of contributors published on the website.