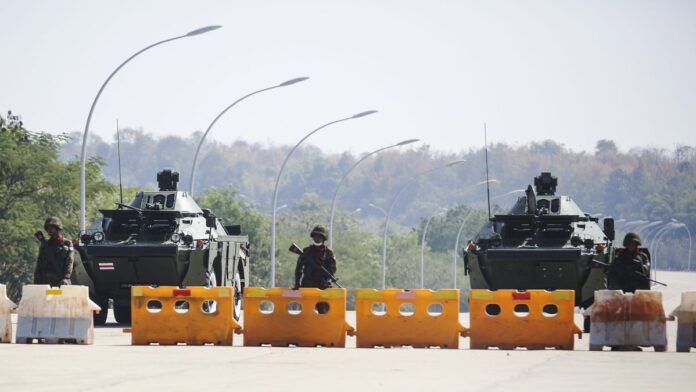 Once again Myanmar (Burma) is being plunged into political turmoil, with the country’s military taking over power on Monday 1st February 2021 and unconstitutionally arrested and detained President Win Myint, State Counsellor Aung San Suu Kyi, and other leaders.

This action has far-reaching grave consequences on Myanmar’s democracy, rule of law and economy. We demand the immediate and unconditional release of all those detained, and the military to respect the wish and aspirations of the people of Myanmar, who had voted for the government of President Win Myint.

Much as the People’s Democratic League (PDL) condemns unequivocally the violent and unconstitutional overthrow of the government, the coup in Myanmar is an affront to democracy, and we demand that the Myanmar military reverses its unwanted action and give way to the democratically elected political government. We are deeply concerned by the intimidation and violent threats against Myanmar’s constitutional, legitimate and democratically-elected government officials, civil society groups and the media.

Responding to the illegal, unconstitutional and undemocratic takeover of government in Myanmar, the Interim Executive Committee of the People’s Democratic League called a special meeting on Thursday 4th February 2021 to discuss the unfortunate situation in Myanmar and has adopted the following resolution:

1. Considering the grave situation taking place in Myanmar as a result of the forceful change of government, which has aborted the democratic process and constitutional order, which the PDL rejects and repudiates;

2. Concern with the breakdown of law and order, and intimidation of the press in Myanmar;

3. Reaffirming the importance of strict adherence and respect for human rights and democratic freedoms, and consolidating peace in Myanmar and throughout Asia and the world;

The PDL has been closely monitoring the ongoing developments in Myanmar andresolves:

1. To condemn vehemently the coup d’état staged against the constitutionally-established Government of Myanmar, and the arbitrary detention and incarceration of President Win Myint, State Counsellor Aung San Suu Kyi, and other leaders.

3. To declare that no government arising from illegal and brutal overthrow of constitutional order will be recognized.

4. To call on the Association of South East Asian Nations (ASEAN) to condemn the coup and demand that Myanmar’s military recognizes the results of the November 2020 election or isolate it.

5. To vehemently condemn all acts of violence and especially the reported arbitrary arrest and detention of President Win Myint, State Counsellor Aung San Suu Kyi, and other leaders.

6. To call on the African Union (AU), to condemn the coup and sour ties with Myanmar until democracy is restored in that country.

The People’s Democratic League (PDL) is against all attempts aiming to unlawfully change elected governments. A complete and immediate return to democracy and respect for fundamental rights in Myanmar is essential. The PDL fully supports the democratic movements in Myanmar in their actions to vent out their grievances and rejection of the unconstitutional and forceful seizure of power in Myanmar. We call on the United Nations and national governments to intervene with the sole aim of restoring democracy and constitutional order in Myanmar.