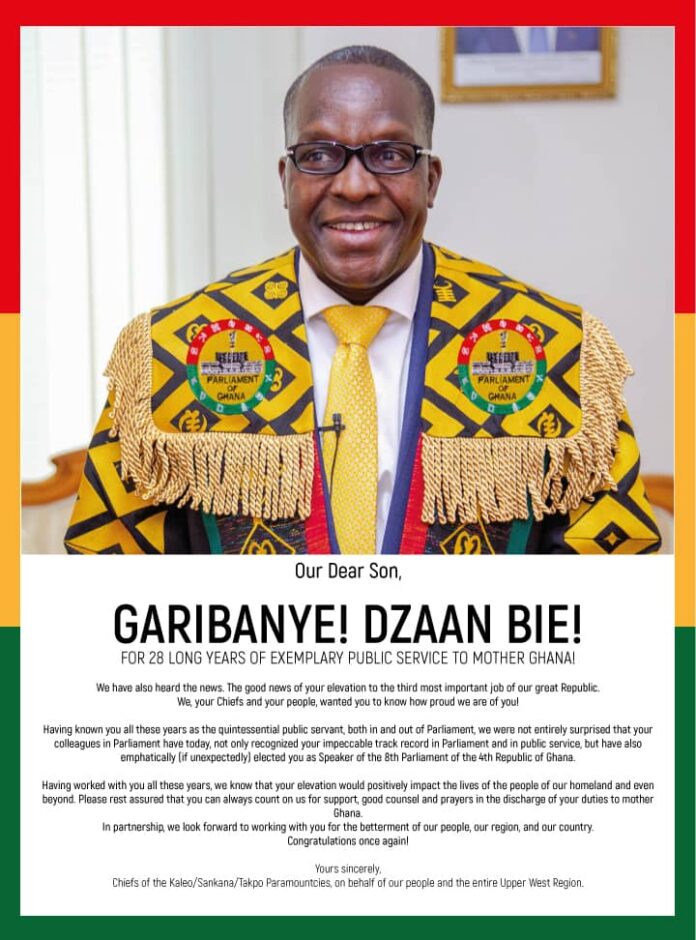 Ghana’s parliament will begin sitting twice in a week as some MPs have tested positive for the deadly covid-19 disease.

Speaker of Parliament Alban Bagbn made the disclosure after he announced that some 15 MPs and 56 parliamentary staffers tested positive for the virus following a mandatory screening.

The affected individuals have subsequently been asked to self-isolate and medication prescribed for them.

In addition to the bi-weekly sitting, only members of staff needed in the precincts of parliament on these days would be allowed onto the premises.

Read the full statement below:

I make this statement today to formally inform honorable members of the Covid-19 situation in parliament and to update you of the results received so far from the Noguchi Memorial Institute for Medical Research on the testing of members and staff which ended yesterday.

The Institute has generously accepted to do a mop-up tomorrow Friday 5th February 2021. I want to urge members who haven’t taken the opportunity to do so to kindly do it tomorrow.

Out of those who submitted themselves for the test in parliament, fifteen members of parliament tested positive for the virus. All the fifteen members have been conducted and advised to self-isolate. They have also been given prescriptions to facilitate their recovery.

Results of 193 staff received so far reveal that 56 of them tested positive for the virus. All the 56 staff have been contacted and advised to self-isolate. They have also been given prescriptions to facilitate their recovery.

In consultation with leadership and the clerk, I have decided to implement the following measures to curb the further spread of the virus.