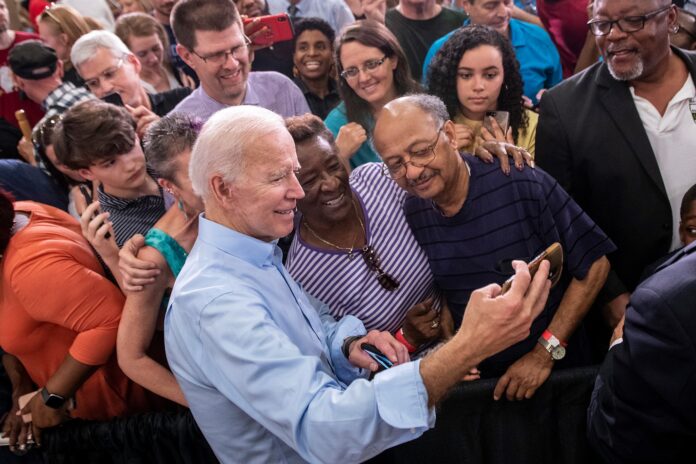 (Reuters) – Former U.S. Vice President Joe Biden said on Thursday he would withhold foreign aid from countries that persecute lesbian, gay, bisexual, and transgender people, as he joined eight other Democratic presidential candidates at a forum on LGBTQ issues.

The televised Los Angeles event was the second major presidential forum dedicated to LGBTQ issues during the Democratic nominating campaign, following an event in Iowa last month that drew 10 of the 19 candidates vying to take on President Donald Trump in the November 2020 election.

Biden, the front-runner in the Democratic race, struggled to articulate his positions during the previous forum, particularly his vote as a U.S. senator for a military funding bill that included the “don’t ask, don’t tell” policy that banned harassment of closeted gay soldiers but barred those who were out from military service..

Biden later backed repeal of that policy and, while he voted for a law defining marriage as between a man and a woman, he backed same-sex marriage before President Barack Obama, under whom he served as vice president.

He defended his record on Thursday night and assailed efforts to curb LGBTQ rights.

“I would curtail foreign assistance to countries who engage in this kind of behavior,” said Biden, who also said he would establish an office in the State Department with the job of promoting LGBTQ rights around the world.

ALSO READ  Blakk Rasta takes Piano Logoligi to Mzansi
AMA GHANA is not responsible for the reportage or opinions of contributors published on the website.