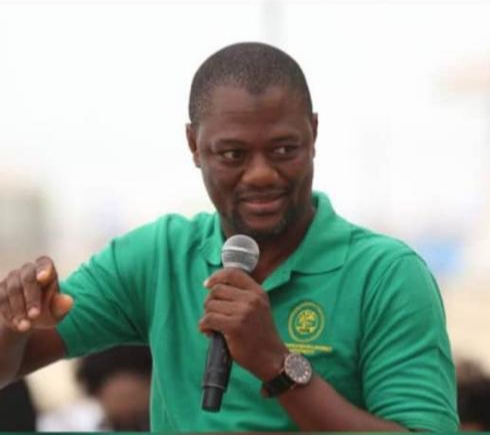 The Voiceless Media in recent years, commenced a scheme in recognising and appreciating the impact of individuals, government appointees, religious leaders, business people among others who have in either their societies, religious fraternities, or in the various organisations across the country contributing their best to good corporate governance and the upliftment of their organisations.

So far, a good number of personalities ranging from individuals, government appointees, philanthropists among others have been honoured by the Voiceless Media, for their good works translating into development in various facets of our developmental blocks.

Dr. Anamzoya is a former lecturer at the Department of Sociology at the University of Ghana and was appointed by H.E President Nana Addo Dankwah Akufo Addo 2019 as the CEO of the NDA. Since his appointment, Dr. Anamzoya has introduced many innovations and creative approaches in the management of the NDA, which has seen a massive improvement in the Authority in terms of development projects in its operational areas.

Dr. Anamzoya has also succeeded in uniting the staff of the NDA which hitherto was old versus new staff conundrum.

The Voiceless Media and Consult would in the coming days honour Dr. Anamzoya to inspire and to motivate others to emulate his leadership gestures.

ALSO READ  Zoomlion Celebrates Eid-Ul-Fitr with National Chief Imam in Accra
AMA GHANA is not responsible for the reportage or opinions of contributors published on the website.