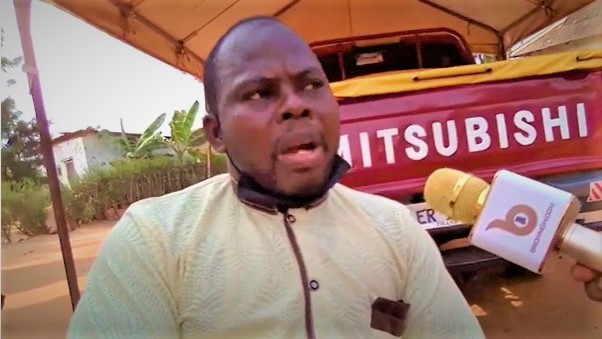 Leader and founder of Grace Embassy Church International Rev. Paul Sapak has disclosed that it is wrong for Pastors or Men of God to involve themselves in politics.

In Ghana there so many pastors affiliate themselves to political parties and prophesy on the outcome of elections.

The likes of Prophet Nigel Gaisie, Rev Owusu Bempah, Prophet Badu Kobi, and other men of God have involved themselves in Politics.

Reacting to the involvement of some clergymen in politics, Rev. Paul Sapak in an interview with First Lady of BrownGH TV divulged that it is not ‘wise’ for Pastors to engage themselves in Politics as they will be answereth to God.

He indicated that it is unwise for men of God to involve themselves in politics.

According to him, clergymen who involve themselves in Politics will gradually lose souls because of their political affiliations.

You are definitely going to have a mixture of all these political parties so when you come out and you start prophesying then the part you prophesy for will make you gradually lose the other souls.

And their souls were brought for you to care for them, to feed them and maybe they may be only staying under your ministry but because of your political party you will end up losing them and God might ask you one day.

I don’t agree Pastors or Prophets should end up prophesying about political parties.” Rev. Sapak told First Lady in an interview with BrownGH TV.

Watch the video below: