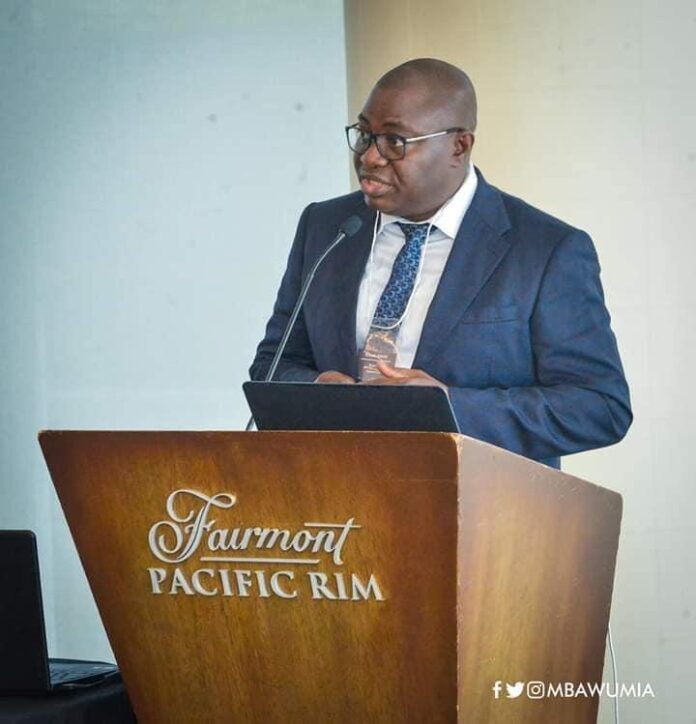 The Supreme Court of Ghana opened the 2020 election petition hearing in a dramatic fashion. In anticipation of the show about to unfold, I wondered how Mr. Tsikata would handle the spotlight and whether the Court would be able to dial down the theatrics.

Like all viewers, I was impressed at how the lawyers overcame their fear to zealously advocate for their respective clients. I watched with intense interest the different techniques each lawyer employed during cross-examination: their voice projection and word stress, their body language, focus, control, and non-verbal communication.

I was fixated on Mr. Tsikata’s non-verbal cues because they revealed a lot about his attitude towards the Court and opposing counsel. I was amused to watch him trade jabs with the Justices of the Supreme Court. However, since lawyers are officers of the court, they must act with integrity and professionalism towards both their clients and the Court. Further, lawyers owe the Court a duty of candour. This means lawyers must be courteous and respectful of the Court and act with honesty, good faith, and sincerity. Thus, contrary to popular belief, lawyers are not routinely dishonest, tricksters, and disingenuous.

It’s entertaining to watch lawyers trade jabs with each other, but should Mr. Tsikata talk down to the Justices of the highest Court of the land? Frankly, I cringed every time he addressed the Court because he seemed so indignant and disdainful. I was surprised when Mr. Tsikata engaged in heated exchanges with Justice Appau, Justice Amegatcher, and the rest. During one exchange with the bench, Justice Appau told Mr. Tsikata that he “was entitled to his opinion, which underscored the tension between him and the Court. While Mr. Tsikata is brilliant and articulate, he has a bad case that his alleged “magic” cannot change, which may account for why he was projecting his frustration on the Court.

In my opinion, Mr. Tsikata is overly emotionally invested in the case. It is one thing to personally invest in your client’s position, their case, their story. It is something else to be emotionally enmeshed for personal reasons. Perhaps, during the long haul of preparation and regular conversations with Mr. Mahama, Mr. Tsikata had developed empathy for his cause and had begun to identify with him as a victim. Even so, a lawyer of Mr. Tsikata’s stature should know when to step back from blind loyalty and step in as sage counselor. Moreover, he should know that the Court requires him to produce evidence to prove his case. No amount of hustling and banting with the Justices can compensate for lack of evidence in the form of tabulated pink sheets to substantiate the allegation that President Akufo Ado did not obtain the 50% + 1 vote threshold to be declared the winner.

Speaking of emotional involvement, I scanned the internet to find out if there was ever bad blood between Mr. Tsikata and any of the players involved in the case. Indeed, there was. Mr. Tsikata’s loathing for the President, Nana Akuffo Addo, goes back decades. This may explain why he seemed disdainful, condescending, and dismissive about any argument that seemed to support President Akufo Ado’s position, and took queries from the Bench so personally.

While lawyers may be a dime a dozen, Mr. Tsikata is a celebrated lawyer in Ghana, famous for defending high-profile clients. It may well be that his emotional investment in the case is unrelated to his loathing for the President. He may simply want to cement his image as a legal luminary and stick it to his detractors. If so, Mr. Tsikata could have elevated his standing by avoiding acrimonious exchanges with the bench and showing more discipline. Given his status in the legal profession, one might have expected a higher degree of respect, humility, and authenticity from him.

Frankly, Mr. Tsikata’s courtroom antics reminded me of Andy Griffith’s role in the Matlock TV show. From Matlock’s dramatic courtroom speeches to his eccentricity and cantankerous attitude, he made the show. Like Matlock, Mr. Tsikata had become the main character in the ongoing drama at the Supreme Court: arguably, to the point that his antics were pulling focus from the actual legal issues before the Court.

In my view, respect comes in all forms – preparedness and attention to detail are one aspect. It is therefore embarrassing and disrespectful that President Mahama’s petition, which had gained both national and international attention, would contain so many errors. Frankly, such a lack of due diligence brings the legal profession into disrepute.

Complying with the norms of professional conduct is another aspect of showing respect to the Court. For example, a lawyer should not pursue a meritless action. To do so constitutes an abuse of the court process. Therefore, I was astonished at the number of applications that Mr. Tsikata filed, which were unanimously rejected by the Court. Surely, a lawyer of Mr. Tsikata’s stature should have known that these applications were “dead on arrival.” I can only imagine that Mr. Tsikata filed these applications in order to prolong the hearing and promote the grievance-driven narrative of his client.

In conclusion, lawyers are “officers of the court” — a status that makes them, in effect, partners with judges and court officials in the management of the judicial branch of government. That partnership includes a duty to assist in the court’s proper functioning and treating its processes with courtesy. I submit that Mr. Tsikata ought to have used the opportunity at the Supreme Court hearing to not only advance his client’s case but to inspire the next generation of lawyers to excellence.

Written by Kwame Abrefah, lawyer based in Canada.