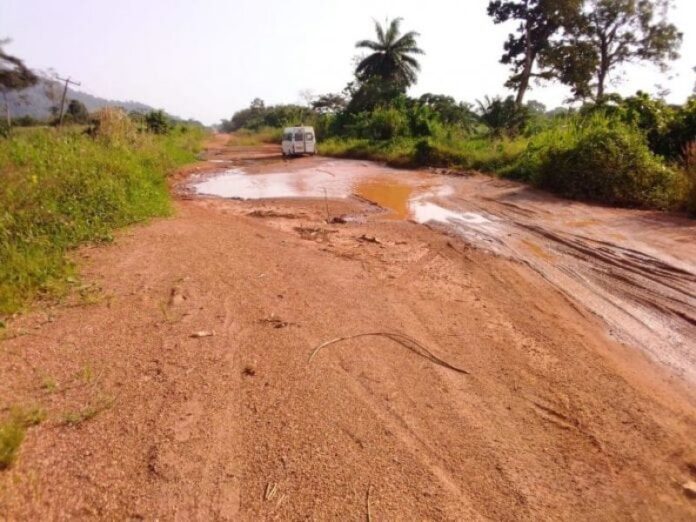 Some inhabitants and residents of Aburi and its surrounding communities have sent a clear signal to the Akuapim South Municipal Assembly to get to serious work by addressing the critical needs of the people in the municipality.

They are by this cautioning against ‘Business-As-Usual’ where reported problems facing communities are given the least attention by the Akuapim South Municipal Assembly.

They have also lamented the undue delays in getting problems fixed on the part of the Assembly.

According to the residents, even though the Akuapim South Municipal Assembly is doing its best to provide needed amenities and other development facilities to them, they are sometimes made to go through some stressful times all in bid to get the Assembly authorities to swiftly respond to their pressing issues.

The residents raised these concerns recently ahead of the announcements of MMDCE and MCE appointees.

“Whenever we have a challenge in our locality, we call each other to see how best to solve it. After this we bring our appeal to authorities but sometimes, they delay. The way we expect our grievances to be addressed on time, it usually does not happen as expected. Sometimes responses come early as expected though. Another key challenge is that usually, our youth engage in some vices. We try to solve it but when we get stuck and bring it before the assembly authorities, they relax. This makes the social vices keep on rising in our communities,” Nana Yaw Duodu, Amankrado of Yaw Duodu community expressed.

An Assembly Member at Dumpong, another community in the Akuapem South Municipality, Amos Addo, also complained that several calls on the Assembly to complete an age-old uncompleted health facility and a school block in his community had fallen on death ears.

“I am from Dumpong. We have a Community-based Health Provider Serves (CHPS) compound that is uncompleted. And very close to the CHPS compound, is an uncompleted school building. We have informed authorities and called on them severally, but there is still no response. We still expect that that assistance will come earnestly.

“The JHS pupils are using same block with the primary pupils. It is not helpful. We expect that all is worked on the JHS block to make life easy for the pupils. The location of the CHPS compound is strategic and will serve a lot more nearby communities and it will be so helpful if it is completed soon. We call on authorities to fulfill their promise of completing the CHPS compound this year and to come to the aid of Dumpong so that development can progress. With that, the nearby villages will have their peace of mind so that when a pregnant woman or someone is sick we would not need to carry him/her to a far distance for healthcare.”

Nana Opare Agyekum, also a resident of Yaw Duodu, expressed that “We don’t have water here. Last they came to dig a borehole but the Assembly has not fixed the pump to let us have access to water. Now our CHPS compound is incomplete and the roofing sheets fixed have worn out. The cement they brought to plaster the facility have all gone bad.”