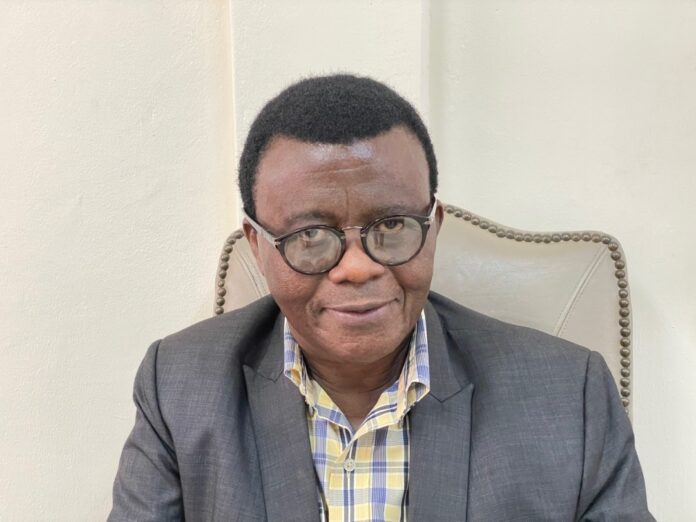 Chief Executive Officer of the John A. Kufuor Foundation Prof. Baffour Agyeman-Duah has been celebrated for his dedication to Ghanaian democratic development.

He has been included in the Marquis Who’s Who list, a powerful database that provides up-to-the-minute biographies of leaders and achievers from around the world in the areas of business, law, science, medicine, the arts, government, entertainment and more.

Marquis Who’s Who is the world’s leading biographical publisher and has since 1899 documented the lives and accomplishments of the world’s most prominent, renowned and infamous people in print and proprietary online databases. The database is utilized by many leading academic institutions, corporate firms, the media and public libraries around the globe.

The US based firm selects and enlists world achievers based on factors such as position, noteworthy accomplishments, visibility, and prominence in a field.

US Vice President Kamala Harris, US lead public health expert Dr. Anthony Fauci and Ghanaian business magnate Sam Jonah are some of the prominent 1.5 million people from across the globe on the list.

A statement from Marquis Who’s Who said Prof. Agyeman-Duah was listed for among others, promoting and sustaining Ghana and Africa’s development through his work with the John A. Kufuor Foundation

The statement said Prof. Agyeman-Duah excels today as the chief executive officer of the John A. Kufuor Foundation, which remains dedicated to promoting and sustaining development in Ghana and Africa as a whole.

Outside of his work, Dr. Agyeman-Duah has contributed to those less fortunate by building a maternity ward for the Madonna Health Center in his hometown of Ejisu-Beasease, supporting the Town Development Committee and sponsoring the education of the poor and needy children.

He has also supported Africa’s democratic development as an elections consultant for the National Democratic Institute of USA in Liberia in 1997, Sierra Leone in 2001 and Cameroon in 2004, and for the Commonwealth in Zimbabwe in 2000.

In light of his considerable knowledge, he has appeared on several Ghanaian radio and television stations and authored such works as “Ghana: Governance in the Fourth Republic,” “Civil-Military Relations in Ghana,” “My Ghanaian Odyssey” and “Kutu Acheampong: The Life and Times of Ghana’s Head of State.” For his professional excellence, he received a high honor for supporting the Ghanaian military in 2012 and he is a fellow of the Center for African Philanthropy and Social Investment. In the near future, Dr. Agyeman-Duah intends to continue devoting himself to the future of Ghana through the John A. Kufuor Foundation.

Driven by his personal saying, “All human beings are equal, therefore it is important for all human beings to support the equality of humanity,” Dr. Agyeman-Duah received a Doctor of Philosophy in international relations and affairs from the University of Denver during the mid-1980s.

Upon graduating, he began his career as a professor at Bennett College and the University of North Carolina, where he worked between 1984 and 1994. Supported by a decade of experience, Dr. Agyeman-Duah worked as a Fulbright professor for the Legon Center for International Affairs and Diplomacy at the University of Ghana for the following two years.

Over the course of the following decade, Dr. Agyeman-Duah gained valuable expertise in the field with the conflict resolutions management program at the Institute of Economic Affairs in Accra, Ghana and as the co-founder and director of the Ghana Center for Democratic Development, where he supported the movement of building and consolidating the democratic rule of Ghana, and by extension, other nearby African countries.

More recently, he worked as a United Nations senior governance advisor in Tanzania and in Liberia as senior special adviser for the United Nations Mission.