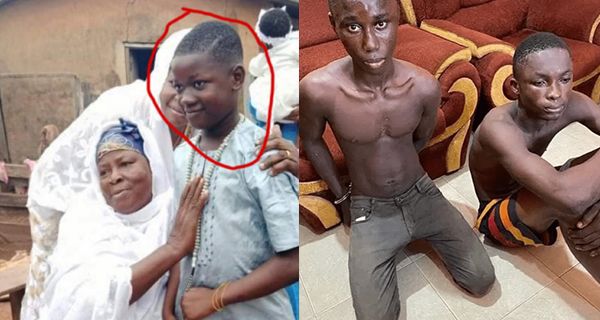 Child Rights International has issued a caution against the exposure of details and images of the teenagers alleged to have killed and buried a 10-year-old at Lamptey Mills, a suburb of Kasoa in the Central Region.

The organization in a reminder said such actions are against the sections of the Juvenile Justice Act that protects the rights of juvenile offenders.

While expressing regret over the incident, Child Rights International said publications that expose the image and identity of the deceased and the suspects are unethical and does not protect their privacy and dignity.

“Teenagers and victims are being displayed on various media platforms and this is against the Juvenile Justice Act. It is the duty of the media to treat this issue with all seriousness, considering the teenagers involved. Although some people may not see anything wrong, it is not lawful to publicly parade and expose the identity and pictures of the two teenagers,” it said in a statement.

Child Rights International thus urged the public to be circumspect in dealing with the issue and allow the law to take its course without further exposing the teenage suspects to potential danger.

Read the full statement below:

Child Rights International has expressed dismay in the murder of a 10-year-old boy by two teenagers in Kasoa, a suburb of Central Region. The organisation, which is committed to the inherent dignity of every child, condemns the act and expresses its condolence to the family of the murdered boy.

However, as a child-centred organisation, the reportage from the media is unethical and does not protect their privacy and dignity, the victim and the two suspects are teenagers and therefore must be protected and handled lawfully.

Section 3 (2) & (3) of the Juvenile Justice Act states that: (2) A person shall not in the course of arrest, investigation or trial of an offence connected with a juvenile, or at any other stage of the cause or matter, release any information for publication that may lead to the identification of the juvenile.

In (3); Any person who contravenes subsection (2) commits an offence and is liable on a summary conviction to a fine not exceeding 250 penalty units or to a term of imprisonment not exceeding 12 months or to both.

In view of the above, the teenagers and victims are being displayed on various media platforms and this is against the Juvenile Justice Act. It is the duty of the media to treat this issue with all seriousness, considering the teenagers involved. Although some people may not see anything wrong, it is not lawful to publicly parade and expose the identity and pictures of the two teenagers.

We understand the public is upset, judging how the two teenagers planned and carried out the act. Notwithstanding, we should try and protect their identity, bearing in mind that any public exposure of the teenagers could also put them in danger.

We are, hereby, appealing to the media and relevant stakeholders to stop displaying the identity and pictures of the suspects. We entreat them to allow the law to take its course to avoid any potential danger to the two suspected teenagers.

Citi News reported on Saturday that two teenagers, Felix Nyarko and Nicholas Kini had been arrested by the Kasoa Divisional Police Command for allegedly killing an 11-year-old boy supposedly for money rituals at Lamptey Mills, a suburb of Kasoa.

Some eyewitnesses said the suspects allegedly lured the deceased, known as Ishmael Mensah by his peers, into an uncompleted building and smashed his head with a club and cement blocks killing him instantly.

They subsequently buried him in the building.

Police said the suspects planned to recover the body at midnight for the supposed rituals.