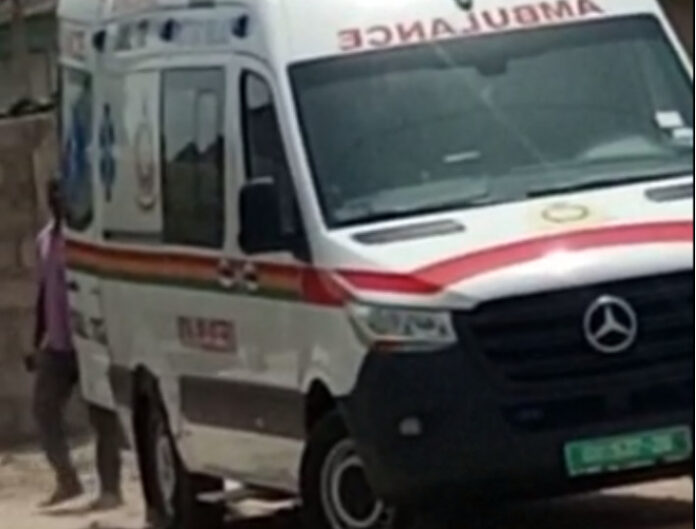 The National Ambulance Service has sent a delegation to a cement depot on the Budumburam stretch after a video emerged on social media in which an ambulance was seen conveying cement from the depot.

The ambulance, with the registration GY 537-20, is reported to have transported some cement sometime in March this year.

A delegation from the National Ambulance Service refused to speak on the issue but indicated that they have begun an investigation into the matter.

Details of the ambulance driver remain sketchy as the investigation continues.

Personnel of the National Ambulance Service making enquiry about the situation.

The Manager of the cement depot, Samuel Adom, told Citi News that as far as the depot is in business, it could not prevent the buyers because they were using an ambulance.

He confirmed that “yes; it is true that in some time past, an ambulance came here to buy cement” adding that he wasn’t around when it happened.

When Citi News questioned him as to why he couldn’t stop them from using the ambulance for that purpose, he said, “Someone came with his car, so you can’t be asking the person questions. They may get annoyed and offend me”.

ALSO READ  ILO SCORE builds capacity of FEPTAG members to boost productivity
AMA GHANA is not responsible for the reportage or opinions of contributors published on the website.