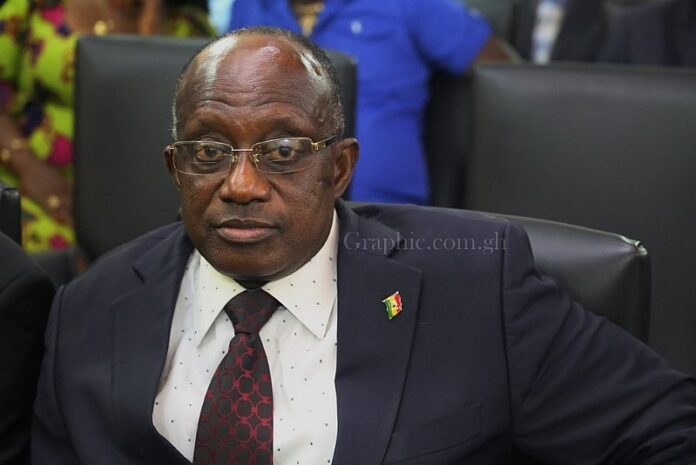 The appointment of District/Municipal Chief Executives this year has been the most dramatic since the beginning of the fourth Republic. This might partly be due to the president’s decision to cut down the size of his government in the second term.

Two areas which have become the most talked about during the search for M/DCE are the Garu district where a whole family; a father, a mother and a son applied to be appointed as DCE, and the Kumasi Metropolitan Assembly which had two former Members of Parliament, a former CEO of Public Sector Reforms and a son of the late Nana Akwasi Agyemang, brother of the Asantehene among those vying to be Mayor.

While the competencies and otherwise of the aspirants have supposedly been discussed, there was one area which whether deliberate or indeliberate was sidestepped.

After days of combing, AmaGhana Online has discovered that, while some of the aspirants might be competent, they were unqualified ab initio, according to the Local Government Act that supervises the selection process.

The Local Government Act, 2016 (Act 936) states the qualification of persons to be elected or appointed to the District/Municipal Assembly. Section 7 (1) says “A person qualifies to be elected or appointed to be a District Assembly if the person, a)is a citizen of Ghana of not less than eighteen years of age; (b) is a registered voter (c)is ordinarily resident in the district in which the person seeks election or for whose District Assembly the person is to be appointed; and (d) has paid all taxes and rates or made arrangements satisfactory to the appropriate authority for the payment of the taxes and rates.

Meanwhile painstaking combing about the top five leading aspirants reveals that some of them should have been disqualified and not even vetted. This is what we found about them:

It has been revealed that the current KMA Mayor is a registered voter at Deduako which currently falls under the Oforikrom Municipality. Even though he is the current Mayor, he is no longer qualified per the Local Government Act to be re-appointed for the position after the creation of some districts and Municipalities out of the KMA.

Popularly known as Nana Atta Poku, he resides in Kumasi and votes in Dichemso for which reason he is qualified by this Act to be elected or appointed to the Assembly. However, his main challenge is his political party affiliation which many NPP grassroot members have said he has been an umbrella person since time immemorial.

He is the Ashanti regional Secretary of the party and a close ally of the regional chairman and regional Minister. Many think this should have, ordinarily made him the best person for the post. But unfortunately for him, he does not vote in Kumasi. Our investigation show that he is a registered voter at Suame and even has plans to contest the Suame constituency seat come 2024 should the Majority Leader Hon Osei Kyei Mensah Bonsu not seek another term.

Mr. Kofi Owusu Boateng is a former secretary to the Asantehene and Board Chairman of Produce Buying Company. He is a registered voter in Kumasi and would have qualified to be the Mayor of Kumasi. However, deep throat sources at Manhyia show that he is 70 years and does not have the full support of the palace.

He is a two time Member of Parliament for Manhyia North and a former Member of ECOWAS Parliament. He is a known Krofrom boy who resides and votes in Krofrom. Per the Section 7 of the Act, he is also qualified to be the Mayor and many have touted his ability to help Kumasi. However, one thing that may derail his attempt is his ‘too much love for the party’. Because of this he will lack the political will to instill the needed discipline in Kumasi which has about 90 percent party faithfuls.

Mr. Manu is based in the United States of America and is almost always in Nsuta Kwaman Beposo. He has contested the Parliamentary primaries for Nsuta Kwaman Beposo twice including the one held in June 2020. He is a registered voter in Nsuta for that matter.