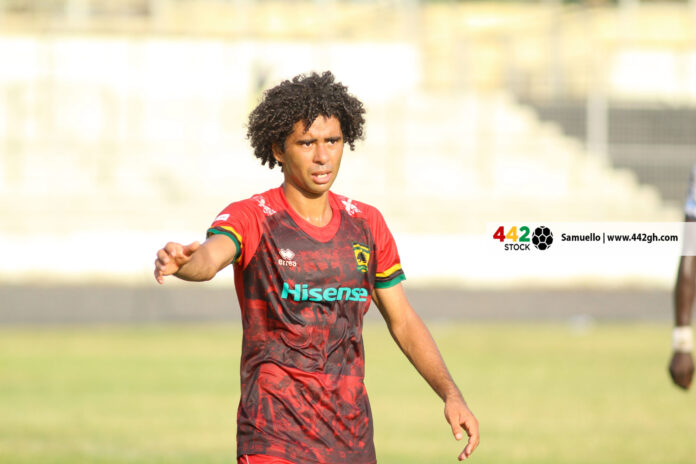 The Brazilian who joined the Ghana Premier League giants prior to the start of the 2020/21 campaign has been a livewire for the club.

Bekoe, who won the Premier League with the Porcupine Warriors believes the 28-year-old is a great passer and controller of the ball, which makes his play similar to that of Lionel Messi

“Fabio Gama is like the Lionel Messi type,” he told 3sports.

“When every ball reaches the attacking third, you will need to find him because he is a good passer of the ball, a good controller of the ball, and he has all the components.

Bekoe added that not all players are judged based on their size but instead what they do with the ball.

“Let’s forget about his size, you know you cannot judge the book by the cover, when you open the book, you know the chapters that are in it, so we should encourage him to work more and then give us the results,” he added.

Gama has been directly involved in 8 goals for Kotoko, scoring 3 and setting up and scored the only goal in Kotoko’s 1-0 win over Ashgold over the weekend.

He will hope to continue his fine form against Inter Allies in the matchday 29 games.

ALSO READ  10Bet moves to support sports in Africa
AMA GHANA is not responsible for the reportage or opinions of contributors published on the website.