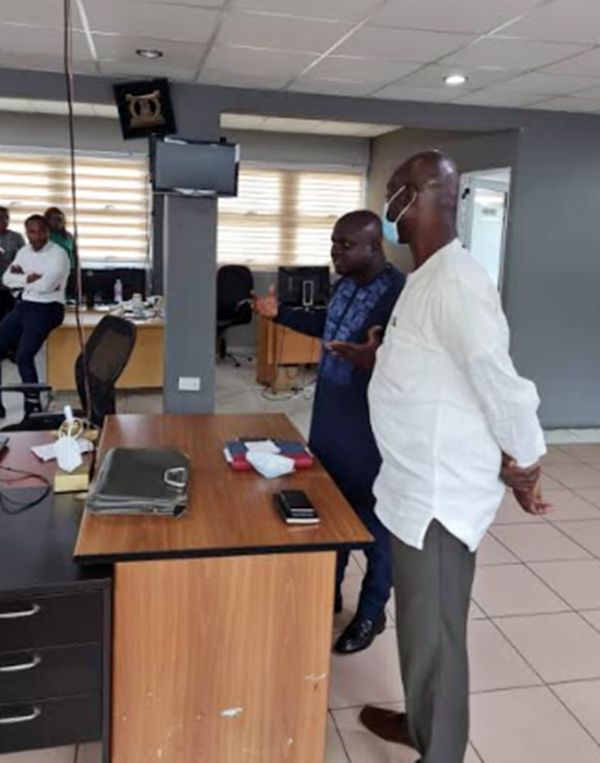 He said the many years of experience garnered in the media landscape as an employee, employer and an executive of the Ghana Journalists Association, has thought him so many lessons.

These useful, and eye-opening lessons, he underscored, would be applied to assist him adopt the right leadership approach as President of the GJA, if he emerges winner of the impending GJA national elections.

Addressing members of GJA at TV3, a member of Media General group, on Monday, as part of his campaign activities, the aspiring presidential candidate, justified the negative impact of lack of resources in hampering activities of the Association.

He therefore urged members to consider his vast experience, professional acumen and entrepreneurship qualities during the polls.

These unique qualities possessed, he emphasized, would be used judiciously to secure opportunities for journalists.

Again, he said the same qualities would be applied appropriately to galvanize resources required to position the group.

According to him, the Association in its current state, form, and structure, requires serious resource mobilization to carry out effectively all its activities.

Consequently, he said anybody vying to lead the organization, must be prepared to bring something to the table and not take from the table since the GJA was a voluntary organization.

For effective management of the Association and its activities, he suggested that members must consider candidates with entrepreneurship background to work with them for the sake of securing funding opportunities activities of the GJA.

As part of his determination to revive the fortunes of the GJA, he said, he would lead the group to secure funding opportunities, sponsorship packages, and other obvious benefits that would accrue to improve the structure of the Association and general welfare of members.

In line with this, Albert Dwumfuor promised to roll out an insurance package for all members of GJA including retirees.

The pilot phase of the insurance package, he announced, had already been activated during the last general elections.

Consequently, he assured that it would subsequently be rolled out nationwide when he emerges winner of the GJA elections.

The Star General, as many of his admirers call him, said he would partner banks, and other relevant financial institutions to offer all regional branches of GJA operational vehicles.

These vehicles, he explained, would be branded with GJA and sponsors images to promote activities and ultimately the mutual interest of the organizations at the local and national levels.

The barter trade deal, he revealed, has already been secured and awaiting implementation when he takes office.

He said as part of the broader implementation of attractive social policies to enhance the welfare of members, he would introduce scholarship packages for journalists intending to continue their education to do so with ease.

According to Albert Kwabena Dwumfuor, his administration would also focus on building the capacity of members in various sectors of interest.

The capacity building, he said, would assist journalists to develop interest in specialization and professionalism.

Aside that, he said he would foster unity among journalists through an effective public private partnership program to create synergy in the media landscape while leveraging on the strengths of both sectors for the benefit of members of the Association.

In addition, he would create bonding between retirees, senior Journalists who are well established in the system and young ones doing very well to close the gap between the three fringes of the inky fraternity.

The Assignment Editor of TV3, Rowland Walker and members of staff of the company, who are GJA members in good standing, enumerated a number of challenges they would like the GJA to address.

These included membership drive, opportunities for all, rebranding and repositioning of the GJA as the main vehicle for development of the country’s media landscape.

In response, Albert Kwabena Dwumfuor, an organizing secretary of the GJA, then assured them of his commitment to work with Tom Dick and Harry.

He would also endeavor to deliver all his campaign promises as contained in his message.

In doing so, he said he would reach out to members for these concerns raised to be received and factored into the holistic approach required to achieve results in the development of the Association.