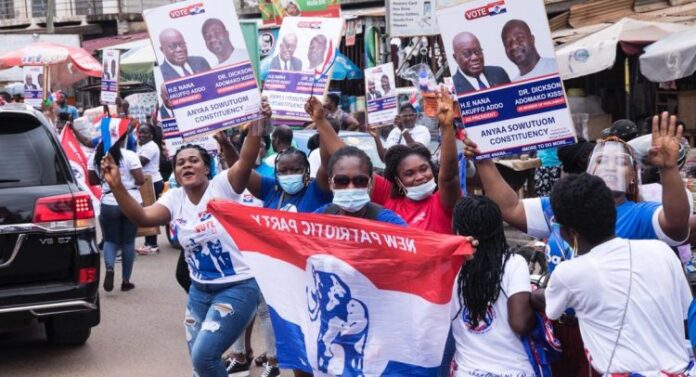 Deputy General Secretary of the NPP, Nana Obiri Boahen, has denied reports that supporters of Vice President Mahamudu Bawumia and Minister of Trade and Industry Alan Kyeremanteng clashed at a funeral at Suhum in the Eastern Region.

Mr. Obiri Boahen told GBC News that it will be unfair to immediately conclude that the individuals seen attacking each other in a viral video are supporters of the NPP.

”It is unfortunate that the incident will be linked to NPP or NDC activists. Those who fought are social deviants. The truth of the matter is that, unfortunately, people are reading politics, we should stop doing that. We cannot tell if they are Dr. Bawumia or Alan Kyeremanteng faction or whatever.”

In an answer to the question of whether he agreed with the fact that there are factions or disunity within the NPP, Mr. Obiri-Yeboah has this to say.

ALSO READ  Agya Koo laments Kumawood sabotage
AMA GHANA is not responsible for the reportage or opinions of contributors published on the website.