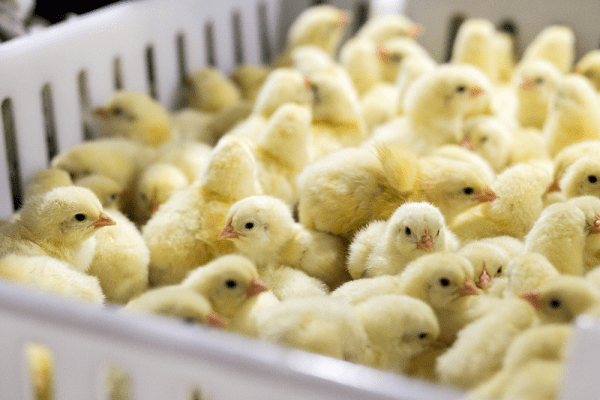 The government pumped in about GHC22 million to revamp the poultry farm which currently processes 2,000 birds per hour daily as against 500 previously.

Darko Farms, the oldest private and largest poultry farm in Ghana, has received a major boost from the government through the flagship 1-District-1-Factory initiative.

According to the CEO of Darko Farms, Samuel Darko, the government’s support has been of great help to the company.

“For some time now, because of economic hardships some things went down and by the grace of God and by the help of the Ministry of Trade we applied for the 1D1F and we were approved and we got some funding.

“Out of the funding that we requested we got our capex and out of the capex we have been able to finish our processing plant where we slaughter 2000 birds an hour,” Darko said during a visit by the President Nana Addo Dankwa Akufo-Addo, on Saturday (2 October) in the Ashanti Region.

Through the initiative, he said, about 2500 direct and indirect jobs have been created, adding that “this injection has helped the whole community”.

The Farms will begin supply of chicken to the Kentucky Fried Chicken (KFC) once full production begins.

“When everything is complete and we get our capital (17 million Ghana Cedis) we will be able to supply KFC what they need, about 10,000 chicken weekly.”

On his part, the Minister of Trade, Alan Kyerematen, said the support to Darko Farms will see a no-chicken-import country in the years to come.

“Ghana currently imports over GHC 350 million worth of chicken every year, we have been told that the capacity of this processing plant is about 20,000 birds a day, so you can do the calculations, if we are able to support this company to maximum production, we don’t need to import chicken into this country again,” he said.

Having been a household name for most Ghanaians, having dominated most supermarkets and distribution outlets for fresh chicken particularly in Kumasi and Accra, Darko Farms went through a period of decline, due to major challenges that confronted the domestic poultry industry in the late 1990s including high cost of feed, inefficiencies across the value chain, high electricity and operational cost, as well as competition from cheap imported poultry products.

As part of Government’s Industrial Transformation Agenda, being implemented by the Ministry of Trade and Industry, Darko Farms Company was identified as one of the distressed but potentially viable companies.

As a result, the company, in 2017, applied to be part of the flagship 1-District-1-Factory initiative, and after a comprehensive review by the Technical Support Group of the Ministry, an amount of GHC22.1 million was granted as a loan facility to the company by Ghana EXIM Bank.

The amount was earmarked to revamp the company’s operations, by upgrading the plant and equipment, retooling the hatchery, feed mill and processing facility and as working capital support. The company has also applied part of this facility to establish an out-grower scheme, where a number of poultry farmers are supported with broiler chicks, feed as well as technical assistance to breed their birds.