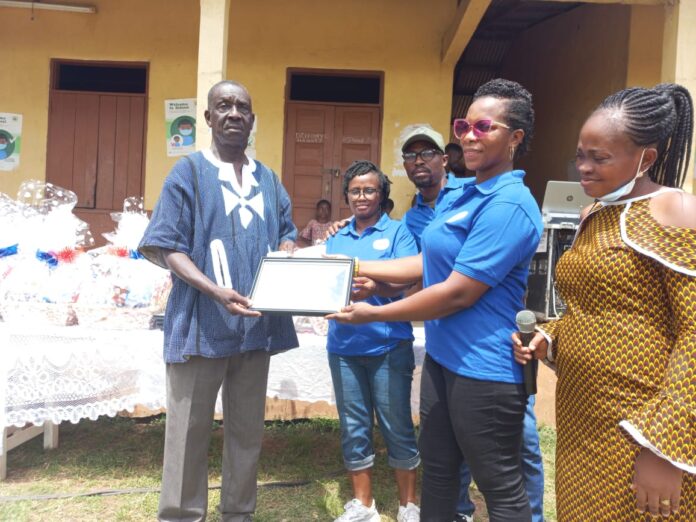 The gesture by the Early Birds ’99 was in a bid to promote quality teaching and learning at the school, which has seen a decline in its academic performance in recent times.

Presenting the items to the school, an Executive Member, Ms. Benedicta Baka, noted that even though the group completed school 22 years ago, they still appreciate the role of the school in shaping their lives academically and socially, hence deem it fit to contribute to the growth of the school in their own small way. She pledged the group’s continuous liaison with the school’s authorities in order to make a positive impact on the school.

She revealed that the group plans to change the blackboards in the three classrooms to white marker boards within the shortest possible time.

Receiving the items on behalf of the school, the Headmistress of the school, Mrs. Bless Attricki Apetorgbor, complimented the old students for their kind gesture, noting that in the history of the 65years existence of the school, it was the first time such a thing had happened.

She used the opportunity to call on other well-meaning old students and citizens of the town to contribute to the growth of the school in whatever way possible.

Speaking on behalf of the Old Teachers, Mr. Newlove Johnny Markham, expressed their profound gratitude to the old students for remembering and appreciating their efforts.

He urged the students to be very respectful and obedient because those are the virtues that will propel them to higher places in the future.

Another Old Teacher, Madam Delight Afflu, also called on the current teachers to see their profession as a passion and a humanitarian job instead of a money-making venture. She urged them to invest their time in shaping their students for a better tomorrow because “there is no greater reward than seeing your students become great in future”.

The Chairman of the group, Mr. Richard Nunekpeku, in his address, which was given on his behalf by the School Prefect of the 1999-year group, Mr. Bright Rockwell, called on the students to take their studies seriously. He encouraged the final year students who are preparing for their Basic Education Certificate Examination (BECE) to shun vices that will distract them from their main goal, which is to study and pass their exams.

Assembly Member of Peki Tsame, who was Chairman for the occasion, Mr. Sebastian Okyere, and Secretary of the ’99 group, Mr. Samuel Afrifa, both urged the teachers and students to put the items donated to good use.

There were cultural performances and drama from the school’s cultural troupe as well as football and volleyball games between the current and old students.