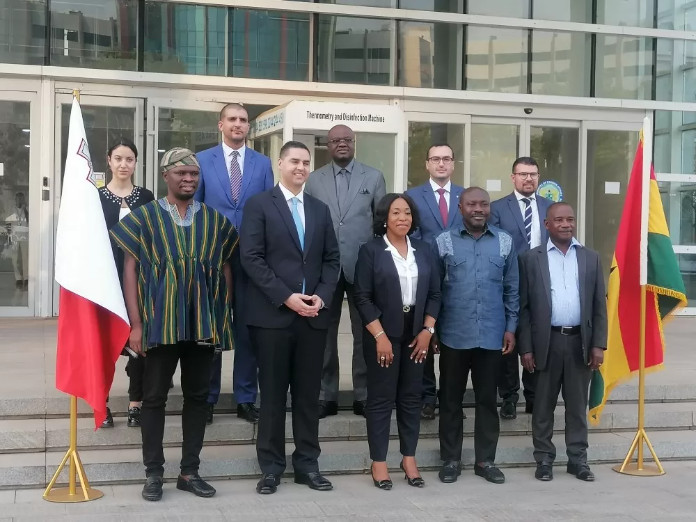 The Ministry of Foreign Affairs and Regional Integration and the Malta government have signed a Memorandum of Understanding, MOUs to boost partnership between the two countries.

The MOUs are in the areas of Fisheries and Aquaculture Development, Youth and Sports Development, and Education through the University of Ghana, Legon Centre of International Affairs, LECIA, and the Permanent Joint Commission for Bilateral Cooperation.

Speaking at the signing ceremony the Minister of Foreign Affairs and Regional Integration, Shirley Ayorkor Botchwey Ayorkor, said the agreement would deepen the bilateral relations that had existed between the two countries which date back to the early 1970s.

She said the opening of the Maltese High Commission in Accra to scout for investment opportunities would improve economic and trade investment ties.

“Linking the private sectors of the two countries was extremely important because they needed to see very tangible results of their cooperation in terms of economics and trade investment ties, to make Ghana and Maltese relations visible. Madam Botchwey said.

She said the government wants Maltese businesses to see Ghana not just as a market of 31 million people but a Ghana that is a stepping stone into the West African market, which is over 300,000 million.

She recounted the bilateral cooperations including the visit to Accra by the then Maltese President, Marie-Louise Coleiro Preca in 2017, which was reciprocated in 2019 by President Nana Addo Dankwa Akufo-Addo.

Maltese Minister for Foreign and European Affairs and Trade, Dr. Ian Borg stressed that the collaboration between the two countries will help explore Africa through Ghana. He pledged the Maltese government resolve to work together for mutual benefit.

“Malta opened her first Embassy in Sub-Saharan Africa in Accra because Ghana was the most politically stable country in the region. Mr Borg indicated

The two countries are looking forward to strengthening political and security ties.