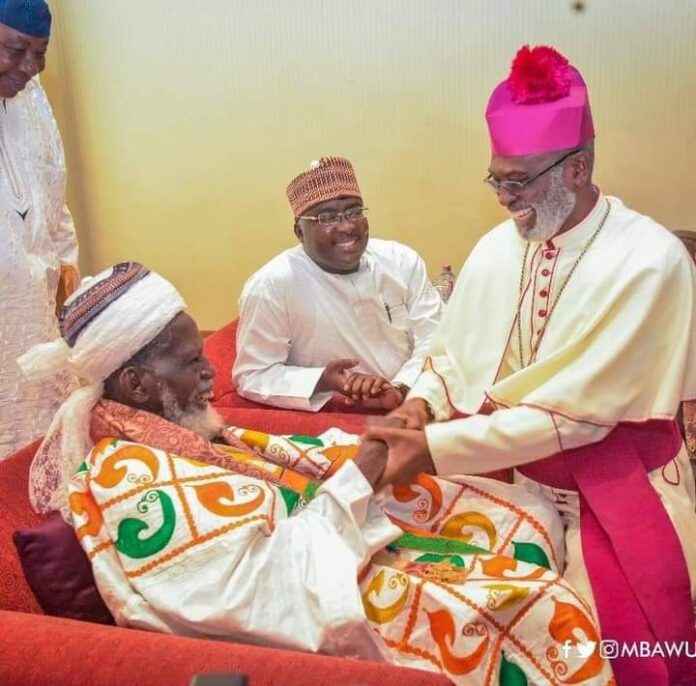 I can bet you that having Alan Cash as our flag bearer will not change anything in the Northern part of Ghana. There will be no division in the party.

For instance, the Late H.E Alhaji Aliu Mahama loss as an aspirant of the NPP flag bearer in 2008 during the Presidential Primaries, and Northerners are still increasingly voting for the Great NPP because apart from Dr. Kwame Nkrumah and J.J Rawlings Achievements, the rest of the majority developmental projects in the North are done by the NPP.

NPP do these projects there and allow Northers to contest presidential primaries not because they want a Northerner to lead the party, but because of their backwardness in loyalty to NDC in the measure of development.

Northerners are all allowed to contest for the NPP Presidential Primaries, and if the person wins he or she will be allowed to lead the party.
The aim of the NDC is to use tribal politics to win votes. For example, the NDC always stands in Yendi and say the NPP killed the late Yaa-Naa so don’t vote for them.
Anyway, is H.E Dr. Mahamudu Bawumia’s tribe the only tribe in the Northern part of Ghana? And is it the largest tribe over there? Unlike the South, the North has more than 50 tribes and each tribe varies when it comes to their choice of who becomes the president of Ghana.
Savannah region happens to be dominated by Gonjas, but even if the paramount chief of the Gonja traditional council becomes the flag bearer of a party, not all Gonjas will vote for him. And that is why in the North East region, even Dr. Mahamudu Bawumia, Hajia Alima Mahama are all Mamprusi, yet Hajia Alima Mahama Lost her seat very sadly.
My brothers and sisters, what contributed to the immense victory in the North for the NPP is far from Dr. Mahamudu Bawumiah. If 2020 elections were tribalisticaly engineer, then Upper East could have also won NPP more seats. Because, apart from North East, the Mamprusis also dominates in Upper East. But rather the reverse happened.
Let no man boast of the victory in North. We know why and what played such an unforgettable defeat for the NDC in the North. People were thinking the way voltarians were sidelined in the NDC national executive elections could affect its strength in the 2020 elections. But the reverse happened. Mahama rather pulled more than ever.
I am a Northerner, am for Alan because I want victory for the NPP again in 2024. The majority of Northerners love both Alan And Dr, Bawumia.