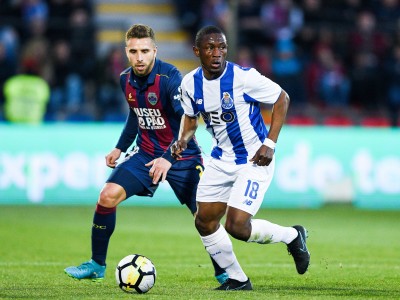 Ghana striker, Abdul Majeed Waris was on the scoresheet for FC Strasbourg in their big win on Wednesday evening.

Strasbourg emerged a 5-0 win over Nimes in their match-week 18 games at the Stade de la Meinau.

The 30-year-old forward came off the bench to convert a spot-kick on the 90th minutes to end his goal drought.

A brace from Ludovic Ajorque and goals from Kenny Lala and Habibou Mouhamadou Diallo handed Strasbourg a 4-0 lead before the hour mark.

Waris, a former FC Porto striker was introduced on the 73rd minute of the game as a replacement for Ludovic Ajorque.

His compatriot Alexander Djiku enjoyed the entire duration of the match.

Waris has made eleven (11) appearances for Strasbourg in the ongoing season French Ligue 1 season.

ALSO READ  Danilo hopes to feature for Brazil at Qatar 2022 World Cup
AMA GHANA is not responsible for the reportage or opinions of contributors published on the website.

NBA: How a military upbringing for Mike Brown is helping the Kings