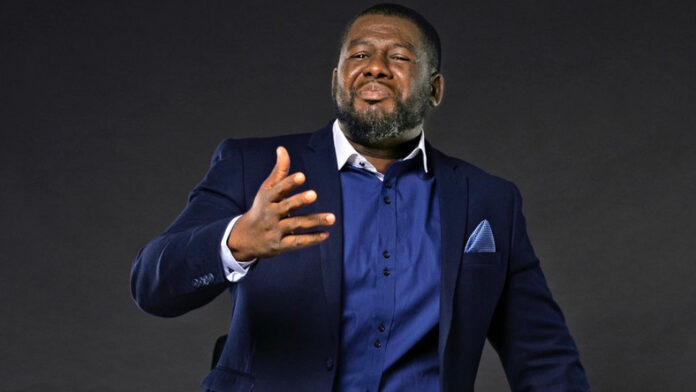 Following Nana Asiamah Bull Dog’s outbursts on UTV Saturday on United Showbiz that Nana Akufo-Addo will not finish his second for collapsing financial businesses, the Founder of the Concerned Voters Movement, Razak Kojo Opoku, has tackled him fair and square pissing-in on Bull Dog and his ill-conceived wishes for the president, Nana Akufo-Addo.

We will NOT answer a fool according to his folly. Worst things were said about Akufo-Addo including but not limited to: He can’t be President, He is One Term President, He will not make it before his 2nd Swearing-in ceremony and other stupid statements from men of lesser gods and lunatics. So far none of those foolish utterances against Akufo-Addo has come to pass and none shall ever come to pass.

President Akufo-Addo SHALL FINISH ALL HIS 8 YEAR MANDATE and enjoy LIFELONG years to witness another 8year mandate of NPP Government.

The wish of this fool below and the desires of Prophets of lesser gods and other lunatics against Akufo-Addo SHALL NEVER COME TO PASS in the Name of Jesus Christ, AMEN.

ALSO READ  Apart from 'Good Evening Ghana', everything Bawumia said was a lie---Angry Alhaji Sinare jabs
AMA GHANA is not responsible for the reportage or opinions of contributors published on the website.