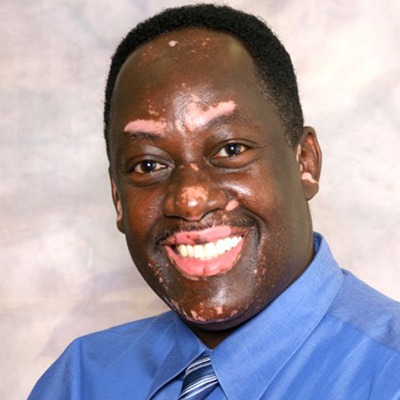 A research conducted by a Ghanaian scholar based in the US and a Fellow of the Institute of African Leadership, Professor Bennett Annan, who holds a masters of science degree (M.S.) in mechanical engineering, a doctor of psychology (PsyD), and doctor of education (EdD), has attributed the slow pace of development on the African continent to lack of participative leadership.

According to the research titled: “Leadership Styles of Africans: A Study Using Path-Goal Leadership Theory,” if African managerial leaders can use the participative leadership style most often as their counterparts do in the industrialized nations, the effectiveness of African leaders will be improved.

“Subsequently, it will decrease poverty, increase the standard of living, and change the way Africans think and act at the institutional and personal level. For Africa to advance, it must evolve its own managerial leadership philosophy, one that is rooted in African culture,” the research added.

The study examines the impact of western culture on Africans, and how this cultural impact affects Africans from easily adapting to the participative style of path-goal leadership theory

The research noted that the problems in Africa are numerous—malnutrition, poor education, wars, lower standards of living, low levels of socioeconomic development, poor health, and increasing fertility and mortality rates. While more than 40% of Africans live on less than $1 a day, 200 million are threatened by serious food shortages. AIDS also kills more than 2 million Africans a year.

Africa records the highest mortality rate in the world for children under the age of 5, with 78 deaths per 1,000 live births. This means one in 13 children die before their fifth birthday, which is 16 times higher than the average ratio of one in 99 in industrialized nations.

In Africa, there are 59 million children between the ages of 5 and 17 who work do not go to school or play with friends, but instead, work to help their families fight poverty. The loss of labour, roads, wells, irrigation systems, storage facilities, agricultural machinery, and the lack of infrastructure and expertise all lead to reduced food production, which increases the level of poverty in Africa.

Professor Annan, in his research noted that, In July 2005, the G8 agreed to cancel about $40 billion of debt for 18 of the world’s poorest countries (14 are in Africa and four in Latin America and the Caribbean).

However, the problems seem to multiply rather than go away—the aid and debt relief do little to ease Africa’s problems as long as the world’s poorest continent lacks the infrastructure

and controls to ensure donor money is used properly.

According to him, finding the real cause of the problem and dealing with it rather than simply continuing to deal with the symptoms, which is what the G8 countries have done, is the best way to find a permanent solution.

In his opinion, the root cause of all these problems is the lack of good managerial leadership at both the institutional and personal levels.

“Only when a person lacks the right managerial knowledge and skills does he become incompetent in managing his own environment. Train African managerial leaders using the African Participative Leadership Training Program (APLTP) one business firm at a time and educate potential future managerial leaders on APLTP, and poverty in Africa will be a thing of the past,” he argued in the research.

Professor Annan posited that the directive/autocratic and participative styles of leadership are the core of the 1-week APLTD in-person training programme at the Institute of African Leadership in California, and that participants learn at the minimum how to understand the differences between these two styles.

This training programme will soon be offered online on-demand by May 2021 via www.iofal.org. Emphasis is placed on the fact that the directive/autocratic style is outdated and adds costs to the organization, while the participative style is modern, reduces costs, and increases profit margins

“If this APLTP is put in place today by organizations in Africa, one business at a time, the author predicted that by the year 2025 the multinational firms in the region and all participants in this change process will be able to look back on the frustration, anxiety, and concerns that were symptomatic of the old way of doing things and say that adapting to a participative leadership style truly improved the effectiveness of the African people.

More importantly, they will be able to say this shift decreased poverty, increased the standard of living, and changed the way Africans think and act at the institutional and personal level. American investors’ confidence, trust, and faith in Africa will be restored, and they will engage in fair trading practices that will eventually make Africa ready for globalization,” he further argued.

According to Dr. Annan, the time for this change to happen is now adding that the Institute of African Leadership is helping to create this necessary and all-important change because we are very passionate “about issues pertaining to alleviating poverty in Africa.”

He stated that “For Africa to advance, it ought to follow the example of Japan and southeast Asia: it must evolve its own managerial leadership philosophy, one that is rooted in African culture. This is the intent of the APLTP being offered at the Institute of African Leadership today.”