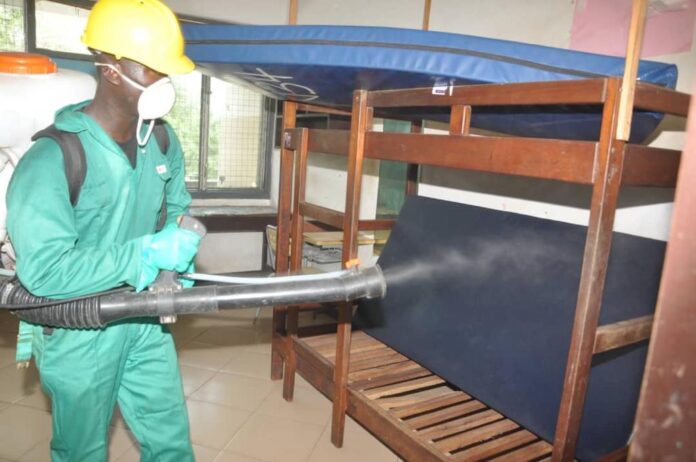 With its large population and fragile health systems, Africa has recorded more than three million Covid-19 cases, still less deadly as compared to other regions in the world, according to the Africa Centers for Disease Control and Prevention (Africa CDC).

According to Africa CDC, Africa’s coronavirus tally was 3,021,769 as of January 10. The death toll was 72,121 and the number of recoveries was 2,450,492. The biggest number of coronavirus cases were reported from South Africa, Morocco, Egypt, Tunisia, and Ethiopia.

South Africa, with more than 1.2 million reported cases, including 32,824 deaths, accounts for more than 30% of the total for the continent of 54 countries and 1.3 billion people. The high proportion of cases identified in South Africa, were attributed to more tests carried out than many other African countries.

African countries are expecting to get medical equipment, most especially vaccine, to help them out of the pandemic. These they expect from external sources. During January 4-9, Chinese State Councilor and Foreign Minister Wang Yi paid official visits to Nigeria, the Democratic Republic of Congo (DRC), Tanzania, Botswana and Seychelles. Wang Yi emphasized that China is willing to deepen mutually beneficial cooperation in diverse spheres with Africa. For example, China’s efforts to create a new image in Africa through China-European Union Cooperation in vaccine.

Both China and the EU vow to work as a global collaboration under the World Health Organization in terms of accelerating the development and manufacture of Covid-19 vaccines, and assuring fair and equitable access for every country in the world. It’s about making the vaccine a global public good.

It is also important to remind here in this article that the Extraordinary China-Africa Summit on Solidarity Against COVID-19 was held in June 2020, making China the only major country that convened a summit with countries across Africa in 2020. China has provided rounds of high-demand supplies to all African countries and the African Union to help them combat COVID-19, and African countries have also been firm in their support to China’s efforts on fighting against the pandemic.

Last December, during his annual media conference, President Vladimir Putin made it known that Russia’s readiness to help foreign countries including Africa. With regard to cooperation with other countries, it would boost the technological capabilities, enterprises to produce the vaccine, foreign countries would invest their own money into expanding their production capacities and purchasing the corresponding equipment, he explained.

Foreign countries would be investing in these projects: the enlargement of production facilities and the purchase of equipment. “As for cooperation with foreign countries: nothing is stopping us from manufacturing vaccine components at facilities in other countries precisely because we need time to enhance technological capacities of our vaccine manufacturing enterprises. This does not hinder vaccination in the Russian Federation in any way,” Putin said.

According to January report from the Tass News Agency, the Russian Direct Investment Fund has only registered the first Russian vaccine Sputnik V in Africa. “Russian Direct Investment Fund announces the first registration of Sputnik V in Africa. Ministry of Pharmaceutical Industry of Algeria registered Sputnik V on January 10th,” as follows from a post on their official Twitter account.

According to the Russian Direct Investment Fund, the registration was done under the accelerated Emergency Use Authorization procedure. This procedure was also used to register this vaccine in Argentina, Bolivia, and Serbia. The Fund said that supplies to Algeria would be possible thanks to its international partners in India, China, South Korea and other countries.

Writing under the headline “Africa’s Road to Recovery in 2021 Is a Fresh Start” published by Chatham House, Dr Alex Vines, the Director for the Africa Programme at Chatham House, said many African countries would be much more seriously affected by the socioeconomic consequences of the global economic slowdown triggered by the pandemic. Even before Covid-19 hit, an increasing number of African countries were indebted and financially stressed.

He wrote that African debt would become a greater global concern in 2021 as many African states remain the world’s poorest and most fragile and have been hard hit by the economic and financial costs imposed by the pandemic.

In his analysis, Dr Vines further pointed out that 2021 will also see increased geopolitical rivalry for influence in Africa.

This will include competition over generosity, ranging from positioning over debt cancellation to providing Covid-19 vaccines. China has its Sinopharm vaccine and has already signed up to Covax, the international initiative aimed at ensuring equitable global access. The Russians have their Sputnik V vaccine, the UK has its AstraZeneca and University of Oxford vaccine, and the US the Moderna and Pfizer-BioNTech (with Germany) vaccines.

Reports from Quartz also said Africa appears not part of the supply priorities of the Pharmaceutical companies producing the foremost Covid-19 vaccines. While Pfizer-BioNTech has offered to supply just 50 million Covid-19 vaccines to Africa starting from March to the end of this year, Moderna and AstraZeneca have not yet allocated supplies for Africa. AstraZeneca directed the African Union (AU) to negotiate with the Serum Institute of India for its vaccine to see if they can get a deal. Serum Institute of India has earlier obtained the license to produce the AstraZeneca vaccine.

The Quartz report said most African countries mainly relied on the COVAX co-financing public-private facility backed by the Bill & Melinda Gates Foundation to enable rapid and equitable access to Covid-19 vaccines for lower income countries. The facility promised access to vaccines for up to 20% of participating countries’ population with an initial supply beginning in the first quarter of the year to immunize 3% of their population. However, COVAX is underfunded , and these countries must look for other avenues to access more doses to vaccinate the 50% of their population in order to reach immunity.

Since the beginning of the pandemic, several countries around the world have been making efforts to facilitate local vaccine development, clinical trials, and some had made upfront payments for vaccines to encourage early production. Outside of South Africa, most African economies have played too little or no role at all in the development of Covid-19 vaccines and had likewise made little or effort to secure vaccines while other economies around the world were doing so.

For instance, a globally respected genomic and infectious disease laboratory in Nigeria announced the development of a Covid-19 vaccine in September that is 90% effective against the virus in the preclinical trial but it has not been able to carry out clinical trials due to lack of support and funding .

While Kenya recently announced that through the COVAX facility, it ordered 24 million doses of the AstraZeneca vaccine, with supply expected to start arriving in the second week of next month, several African countries are opting for vaccines from India, Russia, and China. This is despite skepticism about the vaccines from Russia and China in particular. Both countries rolled out their vaccines without phase 3 clinical trial results that confirm the vaccine effectiveness.

ALSO READ  Sanctions against Russia will affect arms sales to Africa: The risks and opportunities

South Africa said it made a deal with Serum Institute India and will be getting 1.5 million doses of AstraZeneca vaccine for its health workers starting this month. The country, which is going is also in talks with Russia and China to procure vaccines. Currently, Guinea is testing the Russian vaccine, Sputnik V and has ordered 2 million doses.

Morocco has ordered 65 million doses of the Sinopharm vaccine from China, and AstraZeneca vaccine from Serum Institute India. Egypt plans to buy 40 million doses of the Sinopharm vaccine, has already received 50,000 doses of the vaccine in December, and expecting another 50,000 in the second or third week of this month when vaccination will commence. Nigeria says vaccine access was in its discussions this week with the Chinese foreign minister during his visit to the county, according to the report from Quartz.

Besides the fact that Africa has registered its three million cases, Africa still behind the United States and European countries, and Asian countries such as China and India when it comes to the Covid-19 outbreak. For many African countries, it is still the time to reflect on African countries’ responses to Covid-19. Although it has abundant resources, Africa remains the world’s poorest and least developed continent, and worse with poor development policies. It is time to prioritize and focus on sustainable development.

Significantly, the global pandemic has exposed the weaknesses in Africa’s health system, adversely affected its economic sectors, it is, therefore, necessary for African leaders, the African Union (AU), regional organizations, and African partners to be reminded of issues relating to sustainable development and integration. It sets as a reminder to highlight and prioritize the significant tasks set out by the UN 2030 Agenda for Sustainable Development and the African Union’s Agenda 2063.