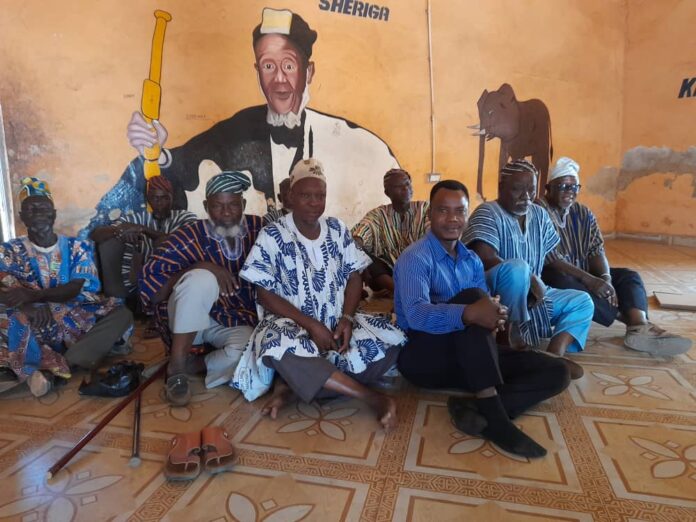 The foremost elders of the Mamprugu Traditional Area have dismissed as untrue a recent report that suggested the Supreme Ruler of Mamprugu, Naa Bohugu Mahami Abdulai Sheriga (the Nayiri), had asked that the letter he wrote telling the Paramount Chief of Talensi, Naab Kugbilsong Nanlebegtang (the Tongraan), to meet his demand within one month be disregarded.

The Nayiri had written a three-page letter dated 24th December, 2020, to the Tongraan and distributed copies of same letter to the Government of Ghana, chieftaincy institutions and state security agencies with regard to his long-delayed demand for the Chief of Namoalug, Nab Kolsong Na-Laam Nyuurib (the Namoal-Nab), to be registered (or gazetted) as a member of the Upper East Regional House of Chiefs.

Shortly after news reports on the Nayiri’s letter had been aired and published, a counter report cropped up from the website of a local media house in the Upper East Region (Dreamz FM) with an unproven claim that the Tongraan, after hearing the news of the Nayiri’s letter, sent “a delegation” to the Nayiri to ascertain the accuracy of the news and that the delegation returned with feedback that the Nayiri said the letter he had sent out (which the original news was all about) should be ignored.

When Edward Adeti (an investigative journalist) visited the Nayiri’s palace at Nalerigu (the Mamprugu’s Seat of Power) on Monday (January 11, 2021) to obtain more details from the principal elders who control the affairs of the Mamprugu Kingdom, the elders— also called the Elders of the Nayiri— affirmed that the Nayiri wrote a letter in which he asked the Tongraan to assist in the gazetting of the Chief of Namoalug and to report the outcome of the assignment to him within one month.

The leading elders were very furious about the counter report. They said the Nayiri had not told the Tongraan to ignore the letter and they stated that it was, therefore, offensive for any individual or group to downgrade the prestige of the revered monarch with a false report about him.

Another elder said wrathfully: “If the Nayiri truly had asked him to ignore his letter, the Nayiri would have communicated it through another letter and would have copied all the entities that received the first letter. And nothing of that sort has happened here. Whoever gave out that forged information deceived the public. Whoever said the Nayiri had said the letter should be ignored will also be brought here to explain before the Nayiri as to when the Nayiri said what he never said and where he said so.”

The Elders of the Nayiri hinted at taking an action if the media house responsible for the false report failed to take down the story from its site.

In another development, the principal elders of Namoalug, a community in the Talensi District, have responded to same false report with a strong demand for a retraction and an apology from Dreamz FM for what they consider as a defamatory and criminal publication against the traditional skin of the area.

The principal elders also have threatened in a complaint letter to cause criminal prosecution against the radio station in default of compliance within seven days.

Copies of the complaint letter, signed by the Administrator of the Namoalug Chief Palace, Patrick Kungazore, have been dispatched to the national headquarters of the National Communications Authority (NCA) and the National Media Commission (NMC).

Below is a copy of the complaint letter: