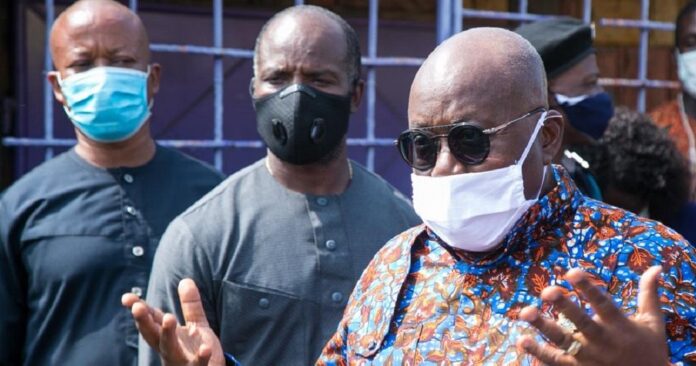 COVID-19 active cases recorded in Ghana have risen to 1,404 from 1,330, the Ghana Health Service (GHS) has updated on its website.

This follows the confirmation of 175 new cases of infection, bringing the country’s cumulative cases to 56,981.

The new infections are from tests conducted on January 11, 2021.

Additionally, the country’s health management body announced that three more patients had succumbed to the virus since the last update on Wednesday, raising the country’s death toll to 341.

So far, a total of 55,236 patients have recovered or been discharged while 40 cases were in severe conditions with four cases considered critical.

The active cases, the update said, were being managed in treatment sites, isolation centres across the country, while some were under home management.

Out of the total confirmed cases, 22,679 were from the General Surveillance; 33,384 cases from the Enhanced Contact Tracing, while 918 have been recorded from international travellers at the Kotoka International Airport since it was reopened on September 1, 2020, the update stated.

Out of this, 222,443 are from routine surveillance, 348, 150 from contact tracing and 130,544 from international travellers arriving through the Kotoka International Airport.

The positivity rate is 5.36 per cent.

The Greater Accra and the Ashanti regions continue to be the hotspot in the country with cumulative cases of 31,953 and 11,285 respectively.

ALSO READ  Sealing of Pantang-Agbogba Cemetery Road begins…As Ga East MCE inspects the project
AMA GHANA is not responsible for the reportage or opinions of contributors published on the website.