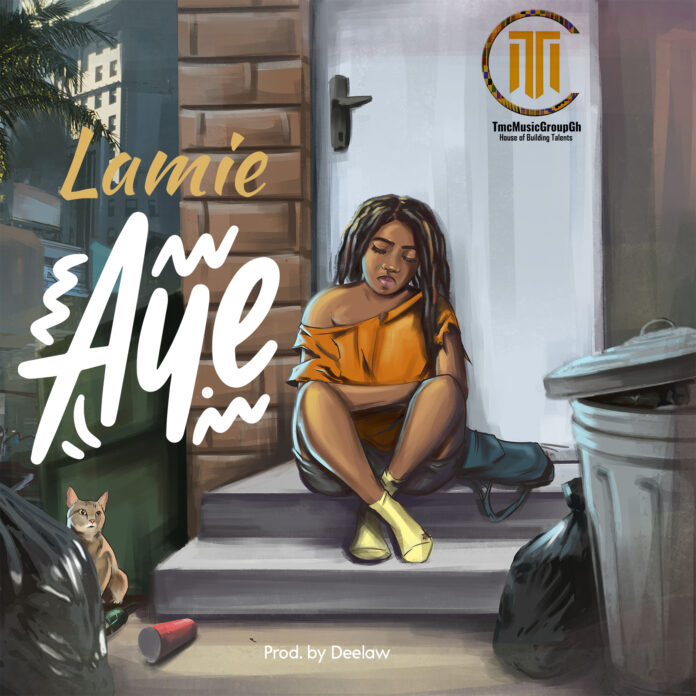 “Wow, what a year 2020 has been”. Afrobeats diva, Lamie has had her fair share of the consequences that last year’s pandemic brung. The exuberant songbird tells us she had mixed feelings for the year in review.

In the first quarter of last year, she was due to do a collaboration on a song and media tour in South Africa which never materialized. Out of nowhere a global pandemic struck and brought everything around the globe to a halt.

However, the sassy chanteuse wasn’t deterred by the infelicitous phenomenon that hit planet earth. Lamie was motivated to work even harder and earned collaboration with one of the biggest names on the Afrobeats scene during the lockdown phase. The tail end of a horrendous year stunningly brought a grin to a face that barely cracked a smile all year long. Lamie inked a deal with TMC Music Group.

Under her new label, her creative team decided to go with an afro-folk socio-political anthem dubbed “AYE” as her maiden single.  “AYE” is a Yoruba word which translates to “Life”. The song document wishes, prayers and aspirations of the regular human. The exquisite songbird’s soothing vocals and blend of different African languages makes this song very pleasing to the ear.

The rich sound of authentic African drums and crisp tones further enlightens us on why “Deelawbeatz” is one of the most sought after producers in the motherland. Lamie vividly recalls being in a studio booth recording “AYE” with the intent of it being a major voice for young Africans hustling to make ends meet daily.

King Tobie put his hallmark of excellence on this project as he directed a video befitting of the concept of this Afrobeats banger. The visuals to the song are set to be released shortly after the audio version is made available via the world’s dominant digital music stores.

Aye is available on all digital stores.