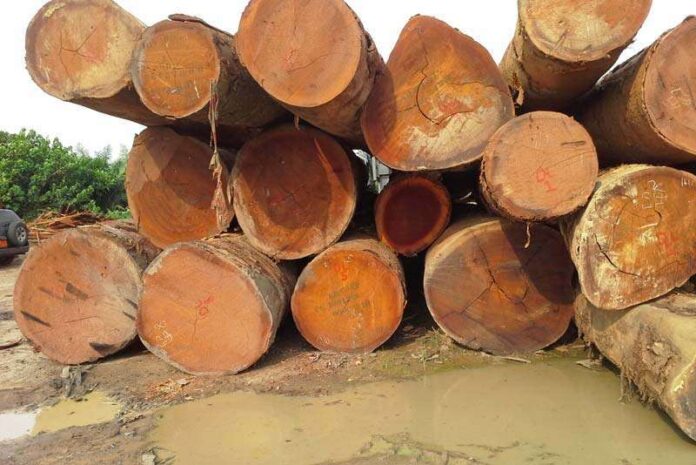 Following reactions from the Ghana Timber Association and other stakeholders in the forestry sector over the setting up of a checkpoint at Bunso Junction under the Okyenhene Osagyefo Amoatia Ofori Panyin, an emergency meeting was called to resolve the matter.

Reports have it that the meeting ended successfully with the Forestry Commission stepping in to collaborate with the traditional authority and the various stakeholders to ensure smooth operations in the industry.

President of the Ghana Timber Association, Mr. Alex Dadzie, and his executives, actively brokered the deal that would chart an amicable way forward for all the stakeholders involved in the brouhaha.

It came out that, the task force was set up to ensure only legal wood could be transported along the road. The task force was established out of concern over illegal chainsaw operations in the area.

The Ghana Timber Association, a group made up of timber merchants in the country, together with other stakeholders, had expressed misgivings about the task force, calling for its demolition.

This prompted an immediate meeting between the various stakeholders with the Forestry Commission stepping in to resolve the matter.

The various organizations have resolved to work together to ensure timber business is not hindered whilst putting in place measures to curtail the activities of illegal loggers.

Some timber traders plying the Eastern Region corridor had complained of impediments in their work as a result of a task force operating at Bunsu Junction, allegedly set up by the Okyenhene Osagyefo Amoatia Ofori Panyin.

They alleged their trucks were kept for hours and, at times, days by the task force, with the reason that they were checking on the authenticity of their documents.

ALSO READ  Akufo-Addo bets that the economy will bounce back

This prompted some reactions leading to an emergency meeting that brought settlement to the matter.