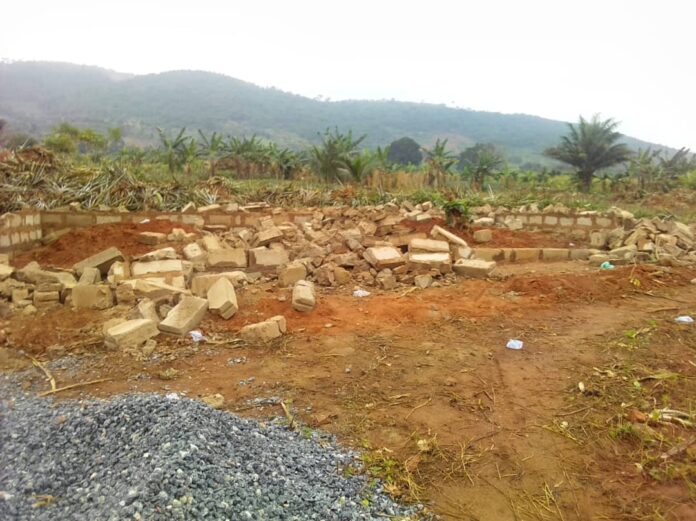 President Akufo-Addo is being petitioned by Gloria Nyarko, the Managing Director of Revealed Truth Properties together with the landowners and custodians of the land, the Asekyere family over the alleged continuous bullying and delays of permit by Frank Aidoo, the Municipal Chief Executive (MCE) of the Akwapim South Municipality.

The land in question is a large tract of land approximately 8.39 acres at Pokrom in the Eastern Region, which has been legally acquired and paid for by Revealed Truth Properties for the construction of residences.

But, it appears the Akwapim South MCE is reportedly frustrating the whole project with all kinds of excuses and tactics.

“In line with the purpose of purchase of the land, we proceeded to have our workmen work on a portion of our land. However, in the course of their work, some thugs (‘land guards’) wielding weapons and claiming to have been sent by the Honourable Frank Aidoo, the Municipal Chief Executive (‘MCE’) of Akwapim South District, besieged the land. These ‘land guards’ assaulted and drove out our workmen, destroyed equipment and other structures on the land, and further threatened our workmen and our Directors with death should they be found working on the land again,” a statement from the real estate company explained events.

The statement added that a complaint was lodged with the Aburi Police Command against the activities of land guards and the MCE “with the expectation that the Police will intervene, investigate, prosecute the crime and restore peace” to enable RTP to carry on with their lawful business.

But the statement alleged that the police failed to act because Frank Aidoo, who is the MCE and head of the municipal security council is seen as having some “supreme power in the municipality hence they [the Police] cannot act contrary to his orders”.

The company insists that they will use every lawful means available to vindicate their rights over their lawfully acquired land.