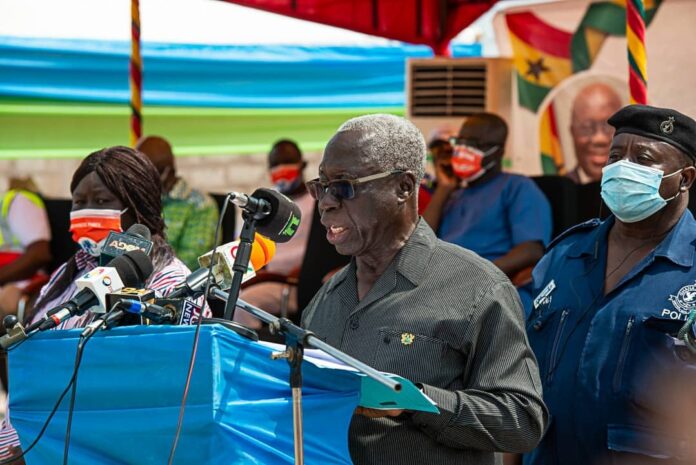 Asaase News can also confirm that Osafo-Marfo communicated his decision to President Akufo-Addo after the 9 December results declaration.

Osafo-Marfo is considered as one of the heaviest political brainboxes around and his contributions to the Akufo-Addo government from 2017-2020, was immense although not sufficiently celebrated.

The Senior Minister’s role was first introduced into the Ghanaian body politic by President John Agyekum Kufuor in 2001. He subsequently appointed J. H. Mensah, as his Senior Minister.

President Akufo-Addo continued with the Kufuor tradition and appointed Osafo-Marfo, as his Senior Minister when he assumed office on 7 January 2017.

Osafo-Marfo has had an exemplary career as a banker, consultant, politician and a statesman.

He started his career as an engineer at the Volta Aluminum Company (VALCO) and went on to head it and successfully restructured two major development banks – The Bank for Housing and Construction and The National Investment Bank.

Further, he was also a consultant for international development organisations, including the World Bank and UNDP.

Osafo-Marfo was previously the Minister of Finance and Economic Planning in the John Kufuor administration (2001-2005) and received several awards for his achievements. This was followed by his tenure as Minister for Education and Sports from 2005 to 2006.

Osafo-Marfo has served on the boards of various financial institutions and corporate bodies, and was the past Vice-President of the Executive Committee of the West African Bankers Association.

Other programmes undertaken by the Senior Minister’s office in 2017 include Public Sector Reforms for Results Project (PSRRP), 2019 – 2024, Implementation of ITLOS, Investigation into Financial Crimes and Realignment of TVET Institutions.

On the realignment of TVET, a Committee under the chairmanship of the Senior Minister was tasked by President Akufo-Addo to oversee its implementation. Akufo-Addo’s Cabinet at its 22 meeting on 6 December 2017, approved recommendation by Senior Minister and endorsed his five-year TVET Realignment Strategy by the Ministry of Education for 283 TVET Institutions across 19 ministries to ensure harmonization, standardization, equitable funding and improved regulation under the Ministry of Education.

In his second year in office (2018), the Senior Minister’s office tackled the Ghana Beyond Aid Agenda of the Akufo-Addo government. He also dealt with Property Rating Reforms, and the Development of Automobile Policy.

The Energy Sector Recovery Programme (ESRP), UNIPASS/ICUMS – Port Reforms, Development of a Framework for Value for Money Resolution of various Labour related challenges dominated some of the major policies the Senior Minister worked on in 2019.

ALSO READ  Akufo-Addo's biggest nightmare is #FixTheCountry—NDC fires
AMA GHANA is not responsible for the reportage or opinions of contributors published on the website.