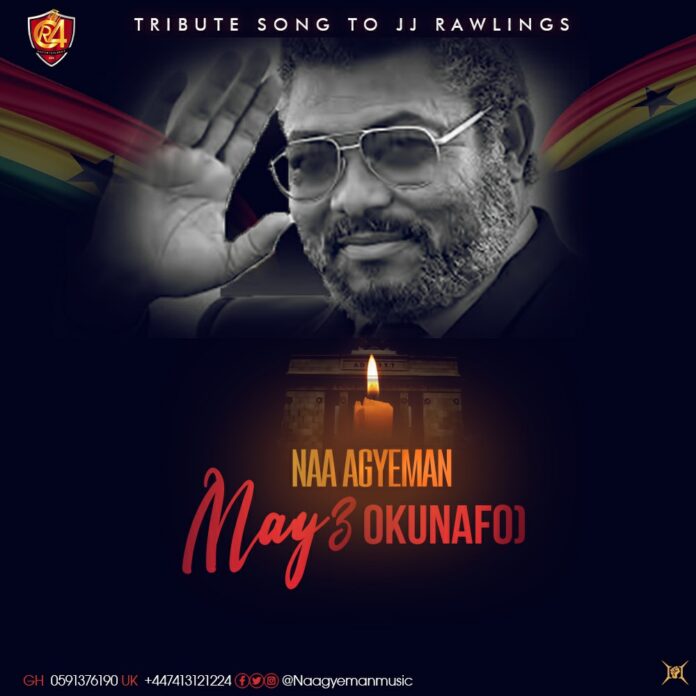 In the song Naa Agyeman says “Ex-President Rawlings should be celebrated for a life well-lived” and he extends his condolence to former First Lady of Ghana Nana Konadu Agyeman-Rawlings widow of late J.J. Rawlings and the whole family as well

This track was released under the imprint of CR4 Entertainment

Take a listen to the tribute song:

ALSO READ  Breaking! Supreme Court rules Jean Mensa will not mount Witness Box
AMA GHANA is not responsible for the reportage or opinions of contributors published on the website.