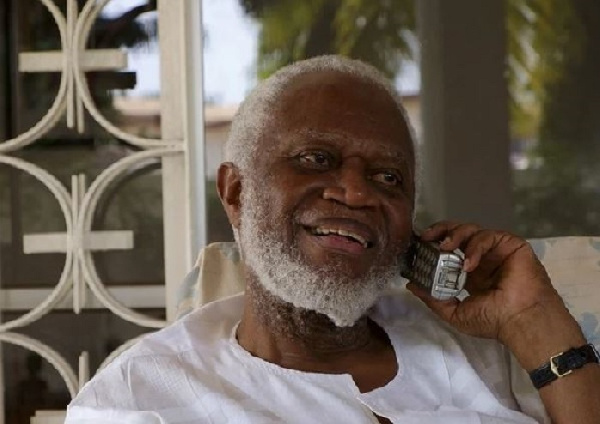 He was one of the founding members of the National Democratic Congress (NDC).

Sources close to his family and the National Democratic Congress disclosed this to Citi News on Saturday.

Mr. Tsikata had been away from the public eye for the past decade.

In 1982 he was appointed to serve in the government of the late Jerry Rawlings as the head of national security.

He also served as a member of the Council of State.

He was cited by a retired supreme court judge, His Lordship Justice Emmanuel Nii Ashie Kotey, as being among those responsible for the kidnapping and murder of three high court judges and a retired army officer on 30 June 1983 during the PNDC regime.

His controversial personality divided opinion among political analysts. He sparked controversy when he rejected a national award to be conferred on him in the category of the order of Volta companion under President John Kufour of the New Patriotic Party (NPP) in 2008.

In a statement dated 23rd June 2008, Kojo Tsikata said “I have just returned from a trip outside Ghana. While abroad, I learnt of the bizarre proceedings in the High Court before Mrs. Henrietta Abban on Wednesday, 18 June which have led to the incarceration of my cousin, Tsatsu.”

“I have now learnt that my name is on a list of persons on whom national honours are to be conferred. I cannot fathom the mental processes that led to my name being put on that list. Let me put it beyond doubt that I will not accept any honours from Mr. John Agyekum Kufuor or any of his cronies who have blatantly and cynically engaged in a systematic manipulation of the judicial process.”

His former boss, the late Jerry John Rawlings also rejected the award saying he wants justice to be served in the cases of the Yaa-Naa, Alhaji Mobila, Tsatsu Tsikata and Dan Abodakpi.