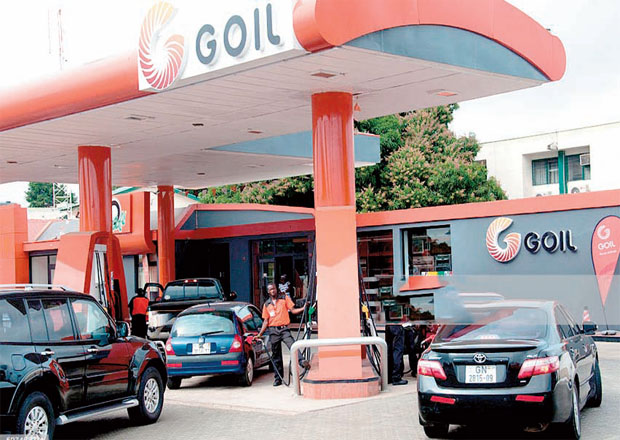 Prestige Links Security Limited has sued Ghana Oil Company (GOC) to the tune of $15,000,000 for damages accruing over an eight year period.

In the proposed statement of claim made by Prestige Links Security Limited(herein as Plaintiff) versus Ghana Oil Company(Defendant), the aforementioned is seeking a declaration by the High Court that the Defendant breached a duty of care by negligently supplying premix fuel to his VW Golf 6 vehicle and therefore the court should award cost for special damages of $15,000,000.00 accruing over the eight year period including cost of solicitor’s fees.

A background to the suit reveals that on 22nd September 2012, at about 10AM the Plaintiff’s Managing Director(MD) who was driving the VW Golf 6 drove to the Defendant’s service station at Baatsona on the Sprintex Road to purchaseGh¢100.00 worth of Super petrol.

According to him, soon after he had been served and moved out of the station, he saw a thick smoke coming out of his vehicle’s exhaust pipe and quickly run into a mechanic shop for the vehicle to be checked only to find out that he had been served with pre-mix fuel instead of the super petrol he had requested for.

The Plaintiff returned to the fuel station with some of the premix fuel which had been taken from the tank of his car but the station manager denied that his station was responsible for the problem and further prevented Plaintiff’s MD from buying some of the fuel into a gallon he carried along as proof of having been served a pre-mix fuel instead of super petrol.

But, upon the intervention of a certain Alhaji Amadu Seidu and Mrs Rosemond Awotwe Frimpong, the Merchandize Manager of the Defendant, the station manager undertook to the fixing of the Plaintiff’s vehicle in addition to paying a compensation in order to keep the image of the Defendant intact.

The Plaintiff avers that on the 27th September 2012, the Defendant delivered the affected vehicle to Universal Motors Limited for repairs and was shown the receipts for the vehicle parts which had been procured for repairs to be completed within a couple of weeks

He indicated that when the vehicle was fixed and delivered to him on the 19th of February 2013, upon test drive he realized that the vehicle was still smoking profusely and it was not accelerating as before and therefore caused the vehicle to be returned.

On 25th February 2013, the Plaintiff caused it’s solicitors to write to the Defendant in respect of the Damage done to its vehicle but did not receive any response from Defendant until 13th May 2013.

The Plaintiff noted that owing to the damage done to the car, he had suffered a great deal of inconvenience and loss as he had had to hire a vehicle at a cost of $200.00 a day for the day-to-day running of the Plaintiff’s business activities since 22nd September 2012.

In all, the breakdown of the special damages being sought by the Plaintiff includes loss of expected business with Bestlink Ventures Ltd with Foreign Partners who wanted to invest in his real estate company estimated at $5,000,000.00 and lastly loss of international oil deals with Marigold Oil International Ltd, Curtsy Oil International and Lucsmani Co. Ltd estimate at not less than $10,000,000.00