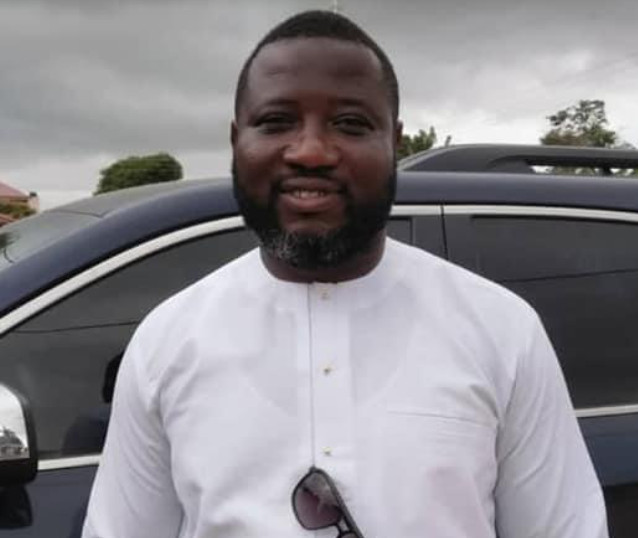 Some supporters of the New Patriotic Party (NPP) in the United States of America(USA), the Kentucky Chapter have appealed to President Akufo-Addo to consider given Mr. Faisal Adam popularly known as Alhaji King Faisal, an appointment in his new government.

According to the supporters, people like Alhaji King Faisal should be appointed in government and to give him the opportunity to use his abilities and connections abroad to augment or complement the efforts of the government to help develop the Metropolitan, Municipal and District Assemblies.

According to the source that revealed the profile of Alhaji King Faisal, also revealed that he is working behind the scenes to unveil a welfare program that will be beneficial to society and ease the frustrations of seniors during retirement.

The source says he is about recommending it to the government.

Alhaji King Faisal has eleven (11) years of teaching experience, two (2) years experience in the Telecommunication industry, seven (7) years in Healthcare Management, 8 years in construction management, also an Entrepreneur and owner of a transportation company in the USA.

He has a broad spectrum of skills set and knowledge in different fields, which makes him a universal player.

Alhaji King Faisal has always put the developmental agenda of Tamale and the Northern region as a whole first on his agenda as the Chairman of Louisville-Tamale sister-city committee.

The following are his initiative through the committee he initiated that the committee should establish exchange programs for the following professions between Louisville, US, and Tamale, to accelerate the development of Tamale and the North.

– Used his relationship with the state, through Louisville’s sister city committee, to access used waste disposal vehicles to improve the sanitation situation in the Northern Region.

Some of the NPP activities Alhaji King Faisal participated include; as a volunteer in the just ended 2020 general election.

-In the year 2006-2007, Alhaji King Faisal and his team campaigned for Kwadwo Opare- Hammond and did house-to-house campaign to win the Parliamentary seat.

-In 2003-2004, he also campaigned for Dr. Harun Majeed in the Tamale North Constituency and mobilized student voters from Accra to Tamale to vote.

Alhaji King Faisal is the Vice Chairman for the NPP Kentucky Chapter (NPP-USA Member) in 2017 to up to date.

He is also the Vice-Chairman of the Louisville -Tamale Sister city Committee from 2011 up to date.

He was the Chief Executive Officer for Duraqua Investment LLC, USA.

He became the TESCON Treasurer in the Islamic University of Ghana from 2006 to 2007.

In 2007 up to date, he is the Director and Secretary for Haj Adams Clinic Limited.

EDUCATIONAL BACKGROUND
In 2014, Alhaji King Faisal had his Masters in IT Management at Sullivan University, Louisville, Kentucky- USA.

In 2012, he obtained his Master’s in Public Management (Healthcare Major) from Sullivan University, Louisville Kentucky, USA.

Alhaji King Faisal also obtained his Bachelor of Business Administration in 2007 at the Islamic University.

In 2002, he had Entrepreneurship Development from the TechnoServe-Ghana, and also in the year 2000, he obtained his Teacher Education Certificate from the Bimbilla Training College.