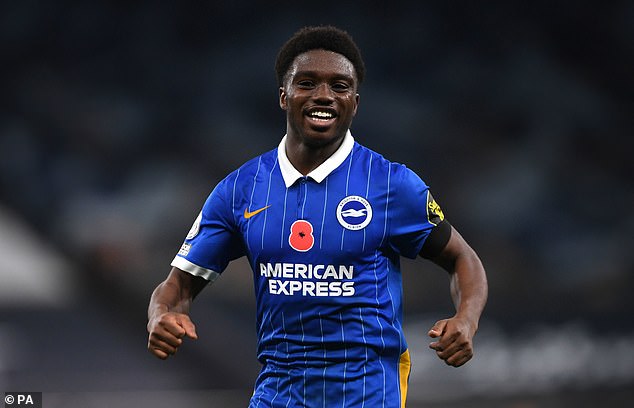 Tariq Lamptey, recently linked with the likes of Arsenal, Atletico Madrid and Bayern Munich, has ended transfer speculation by signing a new long-term contract at Brighton.

The former Chelsea right-back has shone in the Premier League this season, with the 20-year-old’s performances earning cries for a senior England call-up.

Some of Europe’s biggest clubs were reported to be interested in signing him but he has signed a new deal with the Seagulls which runs until 2025.

“We knew his potential when we signed him a year ago, and hoped he would have a really positive impact on the club, and that has proved to be the case with his performances since June.

“He has been the model professional, he works exceptionally hard, is a humble lad and is a team player. He fits in with everything we would want from a player, now it’s about helping him reach his potential.”

ALSO READ  Ghana Table Tennis Players show appreciation to Ghana Immigration Service
AMA GHANA is not responsible for the reportage or opinions of contributors published on the website.