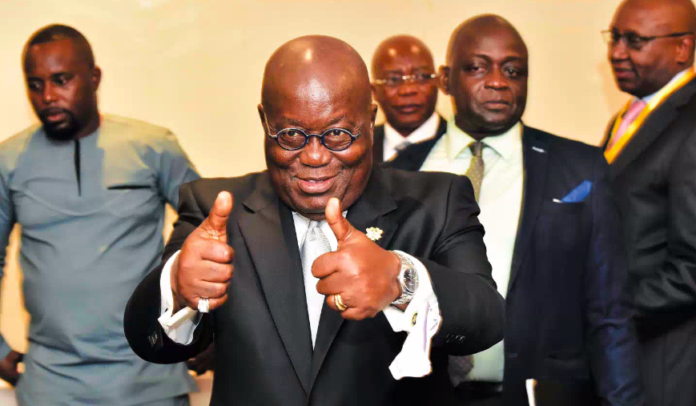 The People’s National Convention has asked President Nana Akufo-Addo to appoint more women in governmental positions in his second term of office.

The PNC in a statement said President Akufo-Addo’s designation as an African Union (AU) Gender Ambassador and a human rights lawyer requires him to appoint women to positions of power.

“The President who happens to be a human rights lawyer should be guided by the constitution of Ghana when doing appointments especially the directive principles of state policy 35 (6b) of the 1992 constitution which insists that gender lenses should be adopted when recruiting or appointing,” the PNC said in a statement.

Offering effective ways of implementing their suggestions, the PNC said the President could appoint 50% of women in his cabinet just like what was done in South Africa.

“The President of South Africa took an opportunity to appoint 50% of women in his cabinet and that is the same initiative we want our President to adopt to show the women of Ghana that the too much talk of caring about women and children is not a lip service but something that is workable.”

The representation of women in Ghana’s Parliament continues to be very low although records show that there have been marginal increases over the past decade and a half.

The 275-member 8th Parliament which was inaugurated on the 7th January 2021 has only 40 women MPs; 20 each on the National Democratic Congress (NDC) and New Patriotic Party (NPP) sides.

This is 14.5% of the total population of MPs as the men continue to be in the convincing majority.