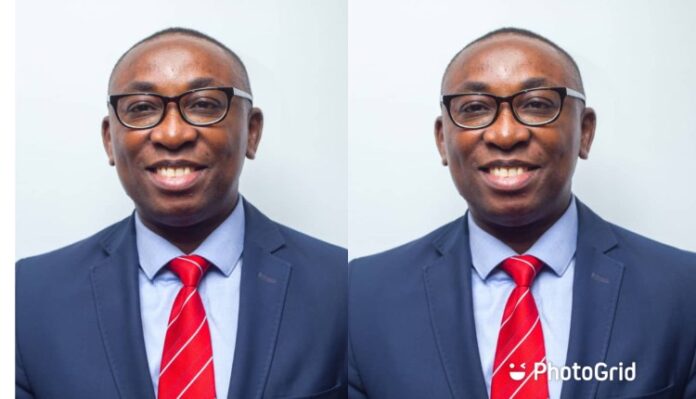 The Despite Group has been thrown into a state of shock and mourning following the death of the CEO of Best Point Savings and Loans, Mr. Philip Odei Asare.

While further details of his death have been kept under wraps, his family and friends have been thrown into a state mourning.

With the death of this prominent banker who was receiving treatment at one of the designated hospitals for the treatment of Covid-19, it has suddenly hit home to many Ghanaians that Covid-19 is real and not a joke.

The late Phillip Odei Asare reportedly had no underlying conditions and was healthy when the virus struck him dead. MyNewsGh.com learnt he was very strict in the enforcement of Covid-19 protocols among his staff in the office and at home with his family. He was hardly seen without a mask.

He held an MBA (2003) and BA (1994) degrees from the University of Ghana. Employed by FINCA Microfinance Holdings, Washington D.C, Philip was seconded to FINCA Zambia (a financial services company) as CEO and later as the Acting CEO. Prior to FINCA Zambia, Philip was the Senior Vice President for Finance at The Royal Bank Limited, where he led the Bank’s financial management and Strategy function.

In a previous role, as a Group Head for Risk Management, Access Bank, Ghana, Philip led the risk management work-stream during the execution of the business combination/merger of Access Bank and Inter-Continental Bank Group, after the former had acquired the latter. Prior to the Risk Management Role, Philip also played the role of Group Head, Commercial and Consumer Banking for Access Bank, Ghana where he led the execution of the Bank’s Commercial and Consumer banking strategy.

Before joining Access Bank Ghana in 2010, Philip played the role of Acting Chief Executive Officer for Opportunity International Savings & Loans Limited (OISL). Prior to the role of CEO, Philip was the Chief Financial Officer and Deputy CEO of OISL. He also worked for the Banking Supervision Department of the Bank of Ghana for 8 years during which period he undertook several assignments relating to bank examination and reviews.