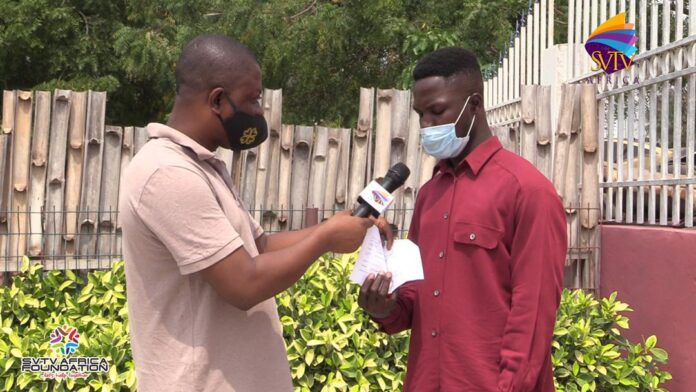 A needy Accra Technical University (ATU) student has received 1,450gh to pay for his fees through the SVTV Africa Foundation after news reports by AmaGhanaOnline and SVTV Africa.

David Boateng has received an amount of 1450gh through SVTV Africa Foundation for fees this semester.

A few weeks ago, David was on SVTV Africa with a plea to further his education or drop out of school. On January 21, David’s level 200 fees has been paid in full.

Speaking on what friends had to say regarding his interview, he stated that ‘some of my colleagues said I have tarnished the name of the school. They said I should have opted for student loan instead, but paying is the problem.”

David is grateful for the support and appreciates SVTV Africa Foundation and everyone that made it possible.

Kindly watch the video below;

ALSO READ  Lack of courts hindering speedy prosecution of COVID offenders
AMA GHANA is not responsible for the reportage or opinions of contributors published on the website.