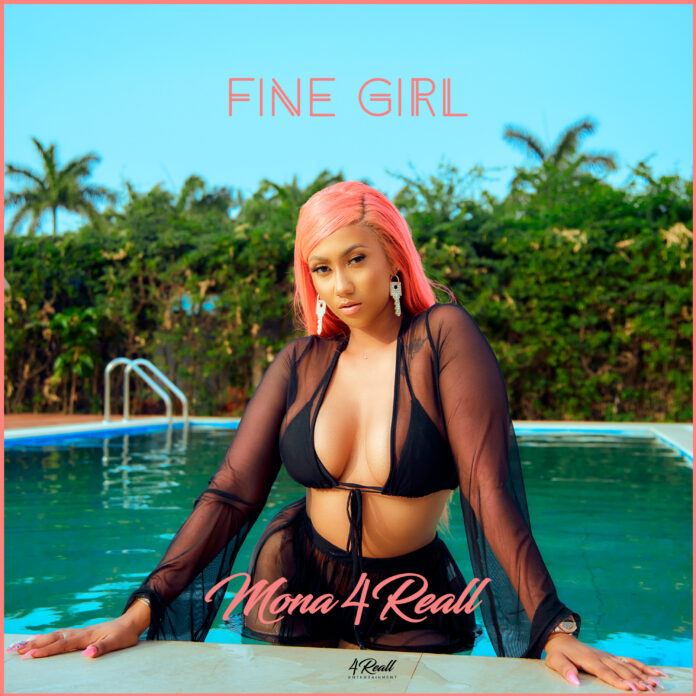 Mona4Reall has released her newest single, titled “Fine Girl”. Did you ever think it was going to be too soon to hear another single in a few months?

Mona Montrage, popularly known in the showbiz fraternity as Hajia4real has released another single ‘’FINE GIRL’’ she released ‘’Badder than later last year after she signed a joint partnership agreement with Quick Angels limited which became the talk of time .with her fundamentals known to be fashion, many wondered why she all of a sudden came up with Badder than which received a million views from youtube and did very well on the airwaves in terms of play.

Both her first and second video has been described as epic considering videography, location or setting, lyrics and rhythms.

Speaking to her on the sudden switch Mona said music has always been a part of her.

She needed a very good investment to start that page. Thanks to Quick Angels the journey has started.

‘’She promised greater things are yet to unfold and that plans are advanced for the globe, specifically Africa to welcome her.

ALSO READ  Isaac Allotey: Dancing with Flavour and Favour to fame
AMA GHANA is not responsible for the reportage or opinions of contributors published on the website.